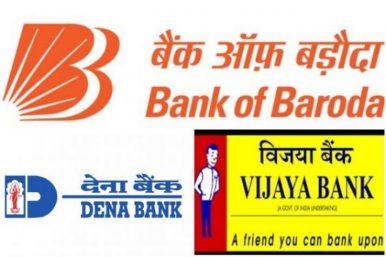 The government Monday said state-owned Bank of Baroda, Vijaya Bank and Dena Bank will be merged to create the country’s third largest lender as part of efforts to revive credit and economic growth.

The move follows top lender State Bank of India last year merging with itself five of its subsidiary banks and taking over Bharatiya Mahila Bank, catapulting it to be among top 50 global lenders.

Post this merger, the number of PSU banks will come down to 19.