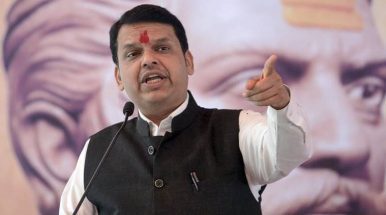 Nagpur (Maharashtra) [India], Dec 17 (ANI): BJP MLA and leader of Opposition in the Maharashtra Assembly, Devendra Fadnavis on Tuesday accused Chief Minister Uddhav Thackeray of falling short on his promise of providing adequate relief to the farmers affected by untimely rains in the state.

“The Chief Minister had announced that Rs 25,000 per hectare will be provided to farmers suffering due to the untimely rainfall. But yesterday when the supplementary demands came, they had allotted only Rs 750 crore. If they have to give Rs 25,000 per hectare then they should’ve allotted Rs 23,000 crore,” Fadnavis told reporters here after the session of the Maharashtra Assembly was adjourned on the second day. Further targeting the Maha Vikas Aghadi government in the state, Fadnavis said that it has betrayed the farmers of the state.

“The manner in which this government is being run, in its first stage itself, it has betrayed the farmers of Maharashtra. We raised this issue strongly in the Assembly today. The Assembly has been adjourned for the day,” he said.

A scuffle took place between BJP and Shiv Sena MLAs in the Maharashtra Assembly on Tuesday after Fadnavis raised the issue of farmers’ woes due to untimely rains in the state.
The BJP MLAs had carried placards of an earlier article in the Shiv Sena’s mouthpiece ‘Saamana’ demanding aid for farmers hit by the unseasonal rains.
Shouting slogans, the BJP MLAs rushed to the well of the House seeking implementation of aid to farmers. The Shiv Sena members, however, tried to snatch the placards from their hands leading to a scuffle.

The House was later adjourned by Speaker Nana Patole for 30 minutes following the ruckus.