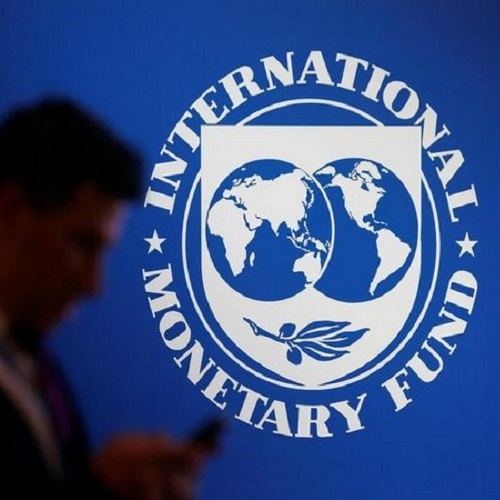 Washington DC [USA], June 26 (ANI): The ongoing disconnect between financial markets and the real economy is a vulnerability which could pose a threat to the recovery should investor risk appetite fade, the International Monetary Fund (IMF) has said.

Major central banks around the world have contributed to a substantial easing of financial conditions via interest rate cuts and a balance sheet expansion of over six trillion dollars including asset purchases, foreign exchange swap lines, and credit and liquidity facilities, according to the IMF update on its April Global Financial Stability Report (GFSR).

“After sharp declines in February and March, equity markets have rallied back, in some cases to close to their January levels, while credit spreads have narrowed significantly, even for riskier investments,” the IMF officials wrote in a blog on Thursday (local time) noting that there has been an apparent disconnect between financial markets and economic prospects.

“Investors seem to be betting that lasting strong support from central banks will sustain a quick recovery even as economic data point to a deeper-than-expected downturn,” said Adrian and Natalucci.

The disconnect between financial markets and the real economy can be illustrated by the recent decoupling between the soaring US equity markets and plunging consumer confidence, raising questions about the rally’s sustainability if not for the boost provided by central banks, they said.

The IMF officials noted that this divergence raises the spectre of another correction in risk asset prices should investors’ attitude change, posing a threat to the recovery.

A number of developments could trigger a decline in risk assets’ prices including a deeper and longer-than-anticipated recession, the second wave of infections with ensuing containment measures as well as geopolitical tensions or broadening social unrest in response to rising global inequality.

Expectations about the extent of central banks’ support could turn out to be too optimistic, leading investors to reassess their appetite and pricing of risk.

“Such a repricing, especially if amplified by financial vulnerabilities, could result in a sharp tightening in financial conditions, thus constraining the flow of credit to the economy,” said Adrian and Natalucci.

The updated GFSR came one day after the IMF revised down its forecast for the global economy amid the mounting COVID-19 fallout, projecting a 4.9 per cent contraction in 2020.

The latest projection is 1.9 percentage points below the World Economic Outlook forecast released in April, indicating a grimmer economic outlook as the pandemic continues to ripple across the globe. (ANI)