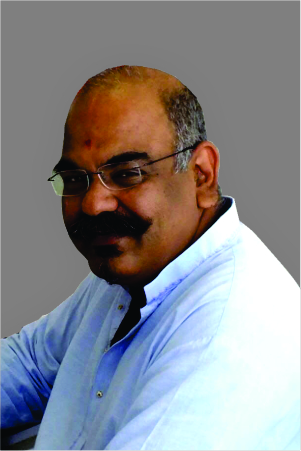 In a conversation with ChiniMandi.com, Mr.Yatin Wadhwana who is the Managing Director of Sucden India Pvt. Ltd., the Indian subsidiary of M/s Sucre et Denrees, Paris one of the largest physical sugar traders in the world with offices in all the major sugar producing and consuming countries speaks about the current market scenario of the Sugar Industry.

Mr Wadhwana has more than 30 years’ experience in the sugar business spread across industry, domestic and international trade. He holds a B.Sc. from the University of Manchester Institute of Science and Technology (UMIST) in Management Sciences and has worked in various capacities with Industrial and Commodity Trading companies.

If the government doesn’t intervene to give any production linked subsidy to the sugar sector, would the sugar producers accept it & proceed for export?

Currently there is a disparity of about USD 150 per metric ton between the domestic price and the FOB value for Indian Sugar. This is too large a gap for producers to bridge to enable exports. Even in the past we have seen that with much smaller disparities, the producers have been reluctant to export. The basic problem arises from the large number of relatively small producers spread across the country with different costs of production. Had the industry been consolidated in a few hands as we see in the EU, all the producers could have sat around a table and taken a decision to export at big loss and to maintain domestic price at remunerative levels.

If subsidy isn’t provided to the producers what other step do you see that the government might take to make the market situation better?

By “Making the market situation better”, one assumes that you mean prices improve and remain at a level which allows the producers to earn a reasonable return? Unfortunately, the basic laws of economics apply equally to sugar, thus with increasing supply prices will go down to below cost of production in order to shut off supply. However, with the Central Govt. increasing FRP on Cane every year and some states following the State Advised Price (SAP) formula, supply will only decrease if there is a Weather related problem.

One way that the price volatility could have been controlled would have been with a robust sugar futures market; however, ever since it was launched in 2004, the Govt. has intervened in its operation so many times that it has lost its relevance. There was a time when the market had liquidity and volumes were up at 200kMT per day, but today there is zero Open Interest and zero daily volume. A liquid Futures Market would have been an excellent Price Discovery Mechanism which could have been used by the Farmers, Millers and consumers to get some visibility on prices into the future.

What quantity of sugar do you see getting exported from India keeping in mind the International Market reactions?

With Exports being declared so late in the crush, and therefore, precluding the production of Raw Sugar, and assuming that Indian sugar would be available at competitive prices (with or without incentives from the Govt.), our estimate is that we could see and export of about 500 to 600 KMT, until the end of Sept 18.

We understand the arrears of sugarcane are building up again. Given that in the recent past the political leadership has repeatedly taken credit for wiping out these arrears, do you expect the Government to extend a helping hand to the sugar industry & if so in what form ?

The Govt. could bring in a scheme to subsidize the Cane Grower, by paying a predetermined amount directly into the Grower’s account on behalf of the Millers. They could also increase the price of Ethanol, thus incentivizing the production of Alcohol directly from Cane Juice or “B Heavy” Molasses. This will divert some of the excess sucrose from sugar to alcohol. The second step will have a bigger impact in the 2018-19 crops.

Do you expect Rangarajan formula of sugarcane pricing to solve the phenomenon of mismatch between cost of sugarcane and revenue of sugar mills, now that Tamil Nadu has also expressed its intention to adopt it after Maharashtra and Karnataka having done so?

The Rangarajan Committee had made its recommendations after a detailed study of the sugar industry and having long detailed consultations with all the stakeholders, including Farmers, the Govt. and the Millers. The adoption of its cane pricing formula is one of the last recommendations to be taken up for implementation. Pricing of raw material based on the revenues of the Finished Product is a Global phenomenon and will definitely strengthen the Balance Sheets of the Sugar Producers. Only when the Balance Sheets improve will one see investments flow into the sector.

How do you see prices of sugar moving forward considering the summer demand?

Without exports, and despite the summer demand, prices will continue to slide. If exports do start, my expectation is that prices will remain stable.

Considering the current crisis Indian farmers are facing, should they move towards plantations of any other crops other than sugarcane?

For a farmer with access to assured water supply, sugarcane gives a better return than the combination any other Cash Crop that he can plant. The returns on Cane are substantially better than the returns on other crops, so the question then remains is that even with delayed payments does he recover his cost of production and a decent return. Let us not forget that during the 2017-18 the yields on cane, especially in Maharashtra and Karnataka have jumped by more than 80%, so even if the Mills have paid 75 to 80% of the FRP, the farmer is not agitating. The real problem will arise in 2018-19 when arrears will build up at the beginning of the season due to the weakened financial positions of the Mills.

What is your perspective for next year’s production?