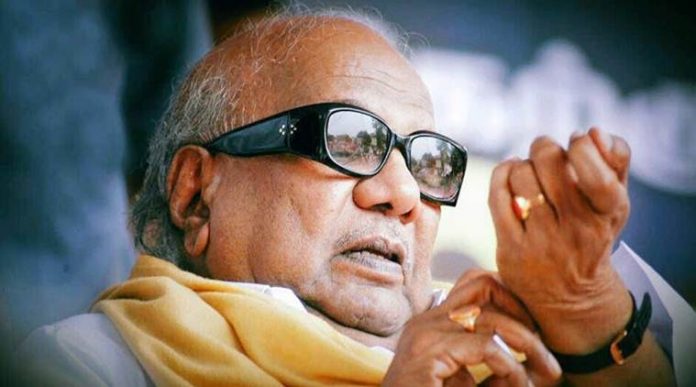 DMK patriarch and five-time Tamil Nadu chief minister M Karunanidhi breathed his last at the Kauvery hospital in Chennai on Tuesday after a 11-day health battle. He was 94. According to the medical bulletin, the time of death was 6.10 pm. His health had seen a significant decline in the last 24 hours due to multi-organ failure. Doctors stated that despite maximum medical support, he could not be resuscitated. Thousands of Kalaigar’s supporters are mourning outside the hospital and condolence have started pouring in for the veteran leader. Karunanidhi, who was popularly referred to as Kalaignar (actor) was admitted to the hospital on July 28 after he contracted urinary tract infection and developed a high fever.