Home All News Don’t think discussion on farm laws will come up during 2-day Maharashtra... 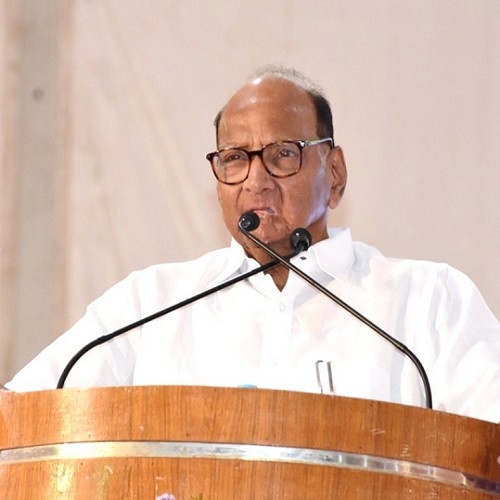 Mumbai (Maharashtra) [India], July 2 (ANI): Nationalist Congress Party (NCP) chief Sharad Pawar on Thursday said that he does not think the discussion on farm laws will come up in the two-day State Assembly session.

“Had a discussion with Balasaheb Thorat on this. As the Centre has cleared the Bills, before passing these, States should have discussed the contentious points and decide. I don’t think it will come up in the 2-day State Assembly session. If it comes, should be discussed,” the NCP chief said while speaking at an event in Mumbai over farm laws.
The Assembly session will be held on July 5-6.

Earlier on June 10, Maharashtra Minister and Congress leader Balasaheb Thorat said that the Maharashtra government will amend agricultural laws to protest the interest of farmers in the state.

“The three black agricultural laws introduced by the Central government are anti-farmer, anti-commercial, so the Maharashtra government will introduce an agriculture reform bill that protects the interests of farmers. The bill will be introduced in the coming monsoon session”, Thorat had said.

Farmers have been protesting on the borders of the national capital since November 26 last year against the three newly enacted farm laws – Farmers’ Produce Trade and Commerce (Promotion and Facilitation) Act, 2020; the Farmers Empowerment and Protection) Agreement on Price Assurance and farm Services Act 2020 and the Essential Commodities (Amendment) Act, 2020.

The Supreme Court had stayed the implementation of farm laws in January this year. (ANI)