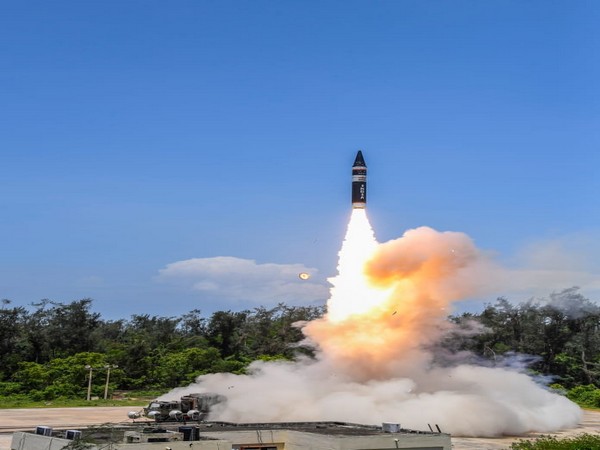 New Delhi [India], June 28 (ANI): India successfully carried out the test-firing of a new missile of the Agni series known as Agni-Prime off the coast of Odisha on Monday, said government sources.

“India successfully carried out the test-firing of a new missile of the Agni series known as Agni-Prime at 10.55 am today, off the coast of Odisha. The new nuclear-capable missile is fully made up of composite material and it was a textbook launch,” the sources said.
As per Defence Research and Development Organisation (DRDO) officials, Agni-Prime is a new generation advanced variant of the Agni class of missiles.

“It is a canisterised missile with a range capability between 1000 and 2000 kilometres. Various telemetry and radar stations positioned along the eastern coast tracked and monitored the missile. It has followed textbook trajectory, meeting all mission objectives with a high level of accuracy,” the officials added.

On July 24 and July 25, DRDO had also successfully test-fired an extended range version of indigenously developed Pinaka rocket from MBRL at ITR Chandipur off the coast of Odisha. (ANI)
To receive ChiniMandi updates on WhatsApp, please click on the link below.
WhatsApp Group Link