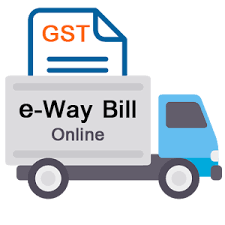 New Delhi, Mar 24 (PTI) The government has notified April 1 as the implementation date for the electronic way or e-way bill, which will be required for transporting goods valued over Rs 50,000 between states.

Besides, the Central Board of Excise and Customs (CBEC) has also notified the requirement of filing summary return GSTR-3B till June.The GSTR-3B for a month is required to be filed by the 20th day of the succeeding month.

The GST Council, headed by Finance Minister Arun Jaitley and comprising his state counterparts, had in its meeting on March 10 decided on e-way bill roll out and extension of 3B filing facility.
Wary of system collapsing like it happened when the e-way bill was first introduced on February 1, the Council decided to rollout the requirement of carrying the permit for intra-state movement in a staggered manner.

While inter-state e-way bill being implemented from April 1, there would be a phased roll out for intra-state movement of goods beginning April 15.
The e-way bill, which would be required to be presented to a GST inspector if asked for, is being touted as an anti-evasion measure and would help boost tax collections by clamping down on trade that currently happens on cash basis.
With e-way bill roll out, from April 1, transporters of goods worth over Rs 50,000 will have to generate an e-way bill.

As regards return, the Council had discussed on the ways of simplification and with states divided in their views, it was decided that the present filing system was extended for another three months. Accordingly, businesses will continue to file summary sales returns GSTR-3B and final sales return GSTR-1 till June.