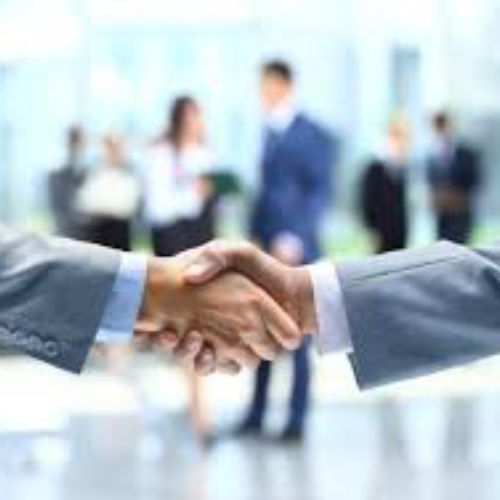 Mumbai (Maharashtra) [India] Jan 11 (ANI): The Indo-American Chamber of Commerce held a roundtable with Khaitan & Co-hosting 30 of the top CEOs and Chairmen on the subject.

The Indo American Chamber of Commerce plays a pivotal role in promoting and assisting companies with an interest in doing business in both countries. Right from creating the need, providing research, assisting in setting up and thereafter also being their voice in conveying the pain points to both governments. Today’s deliberation was one of the first in a series of listening to the pain points of companies operating in Maharashtra (which contributes 20% of India’s GDP) noting the suggestions for improvement and quantifying the impact of the same. Maharashtra has an ambition of becoming a trillion-dollar economy by itself and will play a crucial role in India reaching its target of becoming a $5 trillion economy.

Naushad Panjwani, President (West), Indo American Chamber of Commerce, opened the roundtable with the following statement: “The present government has done well to introduce structural reforms be it in the segment of labour laws, banking, bankruptcy, digitization and GST amongst others. These reforms were long overdue and the intent of introducing them was right, but these could have been executed better.”

Saurabh Shah, VP (West) – Indo American Chamber of Commerce, said, “It is heartening to see the Prime Minister personally meeting the industry leaders, taking a cue from that we are meeting leaders of the next rung of companies and going to 10 cities (Mumbai, Navi Mumbai, Pune, Aurangabad, Nashik, Nagpur, Ahmedabad, Surat, Vadodara and Goa) to get a very wide perspective of their challenges.

A detailed white paper on the same will be presented to the state chief Ministers, relevant union ministers and respective American Consulates along with engaging with them on the subject.”

Ease of Doing Business in India Roundtable – Key Takeaways:
-Digitization is a key – Be it in compliances, stamp duty, court records or land records. While we are on track, the process needs to be accelerated, integrated and simplified.
-Key to have clear rules – This is necessary to avoid any issues in interpretation or delay in implementation. Further, the punishment/ penalty should be clear, severe and uniform.
-Facilitation – Focus should be on facilitation rather than on regulation.
-Pendency of courts – This area needs a lot of work. Some thoughts include increased use of digitization, artificial intelligence, etc. Another suggestion is to have ‘mediation’ or ‘conciliation’ as pre-requisite before approaching any judicial authorities – this will reduce the number of cases being filed.
-Capacity building – More focus on capacity building by all Governmental/judicial authorities. Forums like AICC can play a big role in this area.
-Easy access – Automated process to access government facilities. Say, access to ESI hospitals, PF withdrawals, etc.
-Ease of doing business – Time taken to set up and close business needs improvement. We need to provide incentives and handholding to set-up businesses and documents/ compliances required – while some states are performing well in this area, as a country we are far behind our developed counterparts.
-Performance review – To incentivize better performance, accountability, a clear performance evaluation system needs to be implemented at the governmental authority level.

This story is provided by NewsVoir. ANI will not be responsible in any way for the content of this article.