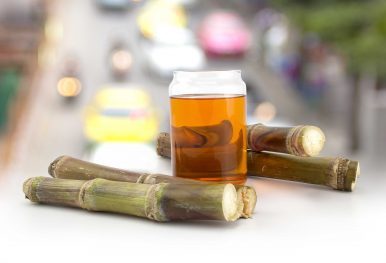 ChiniMandi, Solapur: Central Govt. has given the permission to sugar mills to produce ethanol from sugarcane juice or B-heavy molasses. This seems to be the only solution on sugar glut in the country. For this project Govt. has sanctioned 6,000 crores of zero interest loans for five years. Around 35-40 projects will start in Maharashtra whereas around 140 projects will start in the country.
Last year the sugar demand was 250 lakh ton but the production went up to 322 lakh ton which created a huge sugar glut, this glut then resulted in low prices of sugar due to which it became difficult for sugar mills to pay FRPs of farmers. Therefore direct ethanol production is the best way over the excessive sugar as per central Govt.
Solapur has 11 applicants which are higher as per Co-operative Commissioner and Registrar.

10% ethanol can be mixed with petrol in India but due to less production of it, only 4% is used for mixing. Therefore, increasing ethanol production is the only option. New rates for ethanol will be applicable from 1st of December.