Home English Hot News Everyone above 45 years of age will be eligible for COVID vaccination... 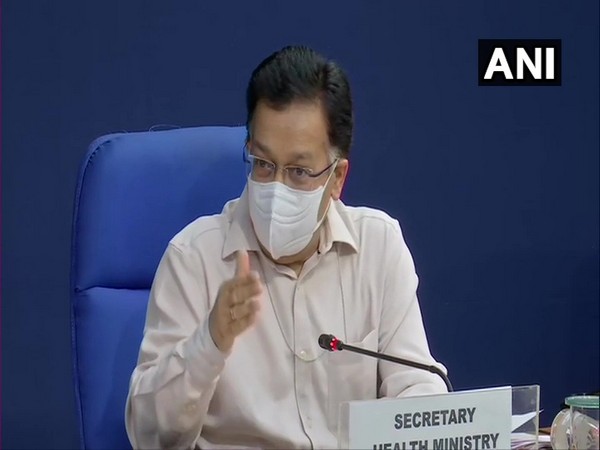 New Delhi [India], March 30 (ANI): The Union Health Secretary Rajesh Bhushan on Tuesday announced that from April 1 all people above 45 years will be eligible for vaccination.

He stated that advance appointments for vaccination can be booked through http://cowin.gov.in, or one can visit their nearest vaccination center after 3 pm and get on-site registration done.
“From April 1 all people above 45 yrs of age will be eligible for vaccination. Advance appointments can be booked through http://cowin.gov.in. If you don’t want to do this, you can go to your nearest vaccination center after 3 pm and go for on-site registration,” said Bhushan during a press meet.

He added, “Those who want to go for on-site registration are requested to go to their nearest vaccination center after 3 pm with an identity document. Usually people with Aadhaar Card and voter ID. But you can also produce a bank passbook, passport, ration card.”

Bhushan on Tuesday informed that 10 districts have the highest number of active COVID-19 cases, which include eight districts of Maharashtra.

He further stated that 807 UK variants, 47 South African variants, and one Brazilian variant have been found in India so far.

The Union Health Secretary informed that the recovery rate in the country stands at 94 per cent while the case fatality rate stands at 1.34 per cent.

According to Bhushan, the weekly national average positivity rate is 5.65 per cent. Maharashtra has a weekly average of 23 per cent, Punjab 8.82 per cent, Chhattisgarh 8 per cent, Madhya Pradesh 7.82 per cent, Tamil Nadu 2.50 per cent, Karnataka 2.45 per cent, Gujarat 2.2 per cent and Delhi 2.04 per cent.

Stating measures that need to be taken to curb the spread of the disease, Bhushan said isolation needs to be done immediately for those who test positive.

Bhushan said surveillance of the COVID-positive patient needs to be done in case of home isolation, and if that is not possible then the person should be quarantined in an institutional centre.

He said, “Isolation isn’t taking place in most states, people are being told to isolate at home. But it has to be monitored if they’re actually doing it. If they can’t, they must be quarantined institutionally. Delhi was able to bring numbers under control through it.”

The Union Health Secretary also stated that all close contacts need to be tracked in 72 hours., including not just family members but others with whom the person is interacting.

Bhushan also expressed the need for increased testing with a focus on RT-PCR tests, adding that Rapid Antigen tests should be done in densely populated areas.

“We spoke to representatives of these states. We told them why are they not increasing testing when cases are increasing. It’s essential to increase testing with a focus on RT-PCR tests. Rapid Antigen tests be used for screening tests in densely populated areas,” said the Union Health Secretary.

“We are facing an increasingly severe and intensive situation in some districts but the whole country is potentially at risk. All efforts to contain the virus and save lives should be taken,” added Dr VK Paul, Member-Health, Niti Aayog on the current COVID-19 situation in the country. (ANI)