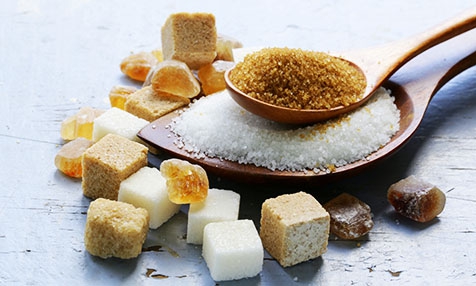 The domestic need of sugar for household use and industrial use is around 250 lakh tonne. Comparing with this only 45-50 lakh tonne sugar is produced in excess. This means that there is two months excess sugar production in the country. Considering the issue at national level, the production of sugar is not excess as it is stated by sugar mills. The mills and traders play this gimmick every year, alleged Raju Shetti, leader of Swabhimani Shetkari Sanghatana. There is point in his statement because some sugar mills sell their sugar to traders at available market rate to pay arrears of farmers and traders get benefitted in this. Government only speaks about decontrolling sugar business but government has only deregulated selling of sugar. Government has control over FRP and export. Before 2013, there was quota system to sell sugar. Earlier, the sugar mills were allotted fixed quota every month to sell sugar, then it was extended for three months and later quota for six months was fixed. Now this quota has been cancelled and there is no control on the sale of sugar.

Sale of sugar is an important issue in the sugar industry business but both millers and government do not pay attention at it. This has lacked in forming a strong chain that could benefit farmers. Even today the mills have to depend on some big firms to sell sugar. Private sugar mills use flexible process to sell sugar but in co-operative mills, the directors decide the process of selling sugar. Actually out of 250 lakh tonne sugar produced, only 22-25 % sugar is used for household purpose.

Remaining sugar is used for industrial purpose. Actually government should not control the price of sugar that is used for industrial purpose. They are expected to compete in the market. But the government is not ready to treat both differently. Hence, center keeps check on market after sugar prices rise in the market and imports sugar to regulate market. This ultimately affects farmers. In May-June 2017, government imported 3 lakh tonne sugar after the prices reached to Rs 3600 per quintal. The step was taken despite it was stated that there will be excess production of sugar. Government interferes in sugar business not to benefit farmers or millers but to traders. No one objects the demand of consumers to get sugar at an appropriate rate but businessmen are benefiting on the names of consumers. Government should deposit the subsidy allotted to the sugar in the bank account of consumers unlike it is done with LPG subsidy.

The government and sugar mills should come together and instead of producing excess sugar should emphasise on ethanol production which will strengthen sugar business and empower the farmers. Brazil, one of the major sugar producer countries produces 50% ethanol. But India produces 90% sugar, 5-7% jiggery and 2-3% ethanol. Government should design policy for ethanol. Mills are producing sugar, ethanol, and liquor and generating power. To strengthen this sector, emphasis should be given to production of by-products.

The sugarcane cultivation area has increased this year as a result the production is likely to increase during next year. The chances of traders hoarding sugar are less. Hence it is necessary to start the quota system again. Without this it is not possible to ensure the availability of sugar in market and keep its price under control.

Along with this, the sugar factories should devise their own system of selling sugar. In 2008 Sugar Commission had designed a software to sell sugar from millers but no one knows what happened to it then. Government should intervene in the sugar business but to serve interests of farmers and consumers. As per as Maharashtra is considered, state can develop a brand like AMUL in Maharashtra for sugar. The problems in sugar business will continue till the management of sugar selling is done properly.