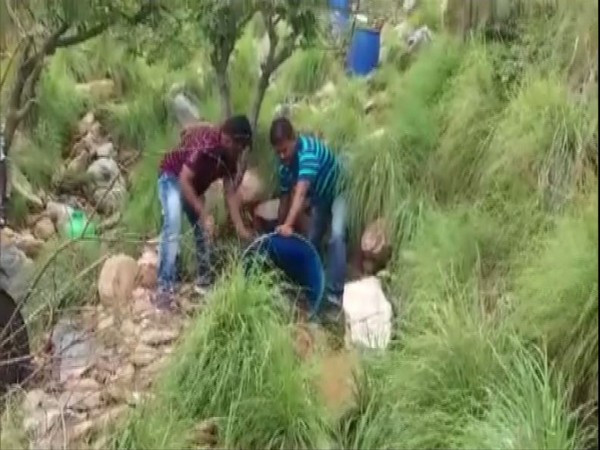 As per Nagesh, the Sub Inspector posted at Ardhaveedu police station, “Based on the information given by the villagers, Police raided forest area near Kakarla village and found country liquor making units with 1,800 litres of jaggery wash.”
He added that the jaggery wash was kept ready to make country liquor.

“All the seized jaggery wash was destroyed and stern action will be taken on those who manufacture and sell country liquor,” he added. (ANI)