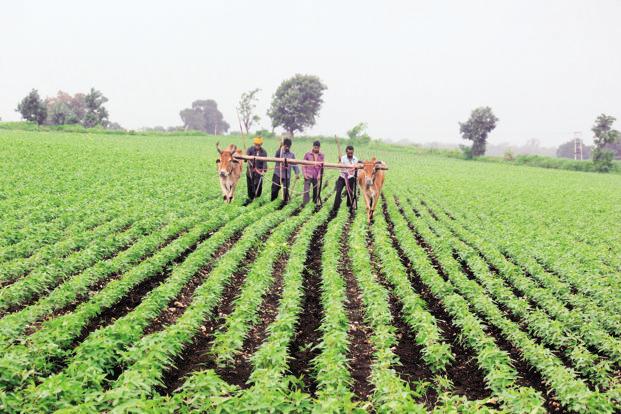 Renowned agriculture economist Ashok Gulati and his team of experts have suggested that the government’s plan to declare minimum support price (MSP) for the entire range of rabi crops may not be a great idea. The experts also have doubts over the effectiveness of the price deficiency payment (PDA) mechanism Bhavantar Bhugtan Yojana (BBY) that was experimented by the Madhya Pradesh government for eight khariff crops last year.

In a working paper published by the Indian Council for Research on International Economic Relations (ICRIER) the experts; Gulati, Tirtha Chatterjee and Siraj Hussain argue that raising MSPs with no supporting procurement mechanism is unlikely to mitigate farmers from the supply shocks and price risks.

The working paper becomes important as Finance Minister Arun Jaitley had, in his Budget speech, explicitly stated the government’s decision to declare MSP for all khariff crops that are at least 150 percent of its production cost. He also said that if the market prices are lower than the prescribed prices, the government will either procure the produce on MSP or ensure a mechanism where farmers are getting that amount. The experts fear that these measures could distort agricultural market dynamics and instead prefer substitution of MSPs with direct income or investment support.

The working paper titled “Supporting Indian farmers: Price support or direct income/investment support?” states that MP’s BBY scheme benefited only 23 percent of the production and casts doubts on its ability to be effective if scaled up at an all India level. “Assuming that somehow a system will be erected to benefit all the production that is marketed and excluding the government procurement of wheat and paddy at MSP and sugarcane sold to sugar mills at FRP/SAP, the financial costs of ramping up BBY/PDP at national level are staggering, ranging from Rs 56, 518 crore to Rs 1.13 lakh crore to Rs 1.69 lakh crore annually, depending upon if market prices are 10 percent, 20 percent or 30 percent below MSP, respectively”, they point out.

But bigger costs are likely to be inflicted from massive distortions which this scheme, coupled with MSP based on 1.5 times the cost will bring about, they caution. They believe that an MSP formula based on just cost plus pricing, without any considerations to the demand side of the commodities and their inter-crop price parity, is likely to play havoc in the economy causing major distortions to the functioning of markets. “Just to give a feel of the possible situation, MSP of paddy for 2018-19 kharif season will have to go up by 11 to 14 percent, of cotton by 19 to 28 percent, and jowar by 42 to 44 percent, if MSP pricing is based on 1.5 times the cost A2+FL. Under such a pricing structure, farmers may find it profitable to allocate more area under jowar and increasing its production significantly. In the absence of commensurate demand, market prices may fall way below the announced MSP necessitating large scale procurement at MSP or large outgo through PDP. This would not be economically very rational”, the report explains.

As was seen in Madhya Pradesh, BBY is also prone to manipulation by traders and several mandi level functionaries.

Gulati and his team suggests direct investment subsidy (DIS) to farmers as a better option as it would be “simpler to implement, transparent, crop-neutral and without causing much distortion to the functioning of markets”.

Incidentally, Telangana is planning to give Rs 10,000/ha (Rs 4000/acre), per season, to farmers. Karnataka’s plan is more modest and targeted to only dry land farmers. “If DIS is scaled at the national level, at Rs 10,000 per ha, and for total gross cropped area of around 1978 lakh ha, total payment will be Rs 1.97 lakh crore. At Rs 5000/ha, it will cost only half, about Rs 98.5 thousand crore. So, direct income transfer at all India level may not be cheaper but direct income transfer will not accentuate market distortions and its associated efficiency losses, and it would be much more inclusive and equitable, as well as transparent”, the report says.

The experts talk about the need for digitization of plots, linking them with Aadhaar and bank accounts and tenancy reforms, as prerequisites for a complete success.

“Since the primary objective is to stabilize farmers’ incomes, the need of the hour is to reach farmers efficiently and at an appropriate time. Therefore, raising MSPs with no supporting procurement mechanism is unlikely to mitigate farmers from the supply shocks and price risks. As discussed earlier, this will only lead to either large PDP or huge procurement costs in case of Government procurement”, they conclude.