Hyderabad, Jan 17 (PTI) Vice President M Venkaiah Naidu said Thursday that farm loan waiver was only a temporary step to alleviate problems faced by farmers as he stressed the need for finding long-term solutions to improve the agriculture sector.

He also emphasised the need for bringing structural changes in the agriculture sector through policy interventions at central and state levels.

“Loan waiver is only temporary. You waive loan this season, (and) next season who will give loan? One has to understand…very serious matter,” he said after inaugurating ‘Agri-Vision 2019’, a two-day conference on ‘envisioning agro solutions for smart and sustainable agriculture’ here.

Stating that he was not against loan waivers, Naidu said one must have the capacity and the wealth to execute loan waiver.

“So we have to think in the long-term by providing connectivity, electricity, roads, water, storage facilities, refrigerator systems, good market system and timely affordable credit. These are the challenges,” he said.

Uttar Pradesh, Punjab, Maharashtra, Rajasthan and Karnataka have announced farm loan waivers this year after a string of farmer suicides in these states.

Naidu said sustainable agriculture was very important for the country and the world. The sector was facing multiple challenges and there was a need for comprehensive multiple solutions to these challenges, he said.

The Vice President said people were slowly abandoning agriculture because it was no more remunerative. “When I see the plight of the farmers I am really worried,” he said.

Pointing out that a lot of scientific and technological advancement has been made in the agriculture sector to meet the challenges effectively and make it more sustainable, he said the benefits of research and development and innovations should straightaway reach the farming community.

“I am happy that the Prime Minister (Narendra Modi) is very keen and has also taken a number of initiatives. He is focusing on agriculture,” he said, referring to the Rs 11-lakh crore farm credit announced in the previous budget.

The amount, though massive, was still not sufficient, he said.

The Vice President stressed the need for educated youngsters to go back to villages and take to agriculture, but added that it would be possible only if the sector becomes profitable, viable and sustainable.

Naidu suggested that university students spend six months during their course with farmers to get practical knowledge and to understand the problems they face.

“Mere labs, mere books and presentations are not going to impress them unless they spend time. Policy-makers can consider adding some weightage of marks,” he said.

All these needed to be tackled on a war footing to make agriculture resilient, sustainable and profitable, he said.

Increasing investments in agricultural research and development and rolling out efficient institutional reforms were vital to tackle emerging challenges in agriculture, including food and nutrition security, both at the national and regional levels, he said.

The use of information technology, space technology, geo-informatics, internet of things, block chain technology, artificial intelligence and big data analytics and their first mile connectivity to farmers is vital to enhance farm incomes, he said, adding farmers need to be told about their benefits.

He said the agriculture sector accounts for 18 per cent of India’s GDP and provides employment to 50 per cent of the workforce of the country.

“India today is not only self-sufficient in respect of demand for food, but is also a net exporter of agri-products occupying seventh position globally. However, we are still facing a deficit of pulses and oilseeds,” the vice president said.

He also praised the Telangana government’s ‘crop colonies’ concept, saying it was a very good idea and has to be experimented with and success stories spread nationwide.

A crop colony is meant to grow a particular crop in a given village or a cluster of villages. 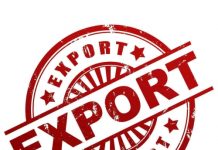 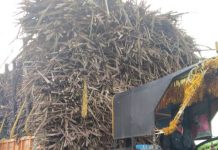