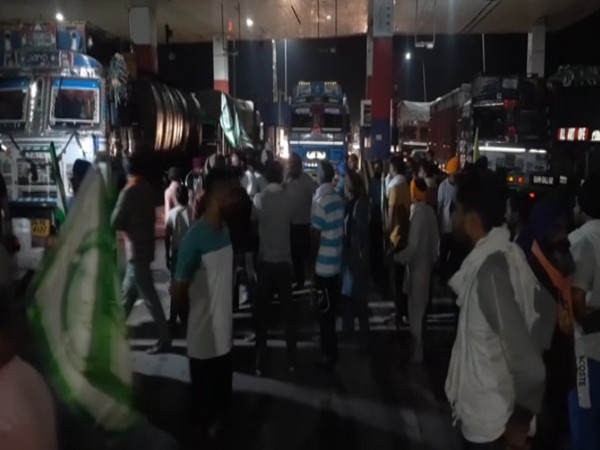 Chaduni was detained on Monday, while he was on his way to Lakhimpur Kheri.
He was later released from Meerut’s Kithore Police Station.

Farmers also gathered and protested outside the police line where the Haryana BKU chief was detained.

Meerut Senior Superintendent of Police (SSP), Prabhakar Chaudhary while speaking to media, said, “Haryana BKU chief Gurnam Singh Chaduni was on his way to Lakhimpur Kheri through Meerut. His visit to Lakhimpur Kheri might have affected the law and order situation as Section 144 of Criminal Procedure Code (CrPC) has been imposed in Lakhimpur Kheri.”

“Gurnam Singh Chaduni was detained under section 149 of CrPC. He has been released now,” he added.

As many as eight people were killed on Sunday in Lakhimpur Kheri following violence that broke out after a car hit protesting farmers.

Samyukta Kisan Morcha (SKM), an umbrella body of several farmer unions, had issued a statement on Sunday regarding the incident claiming the death of four farmers and alleged that one of the four farmers was shot dead by Union Minister of State for Home Ajay Mishra Teni’s son–Ashish Mishra, while the others have been allegedly run over by the vehicles of his convoy.

However, Ashish Mishra refuted SKM’s allegations and said he was not present at the spot where the incident took place. (ANI)
To receive ChiniMandi updates on WhatsApp, please click on the link below.
WhatsApp Group Link

Puducherry: Families covered under PDS to get 2 kg sugar free on Diwali

Vivek Waghmode - Wednesday, 27 October 2021
The government will be providing two kg of sugar free of cost for Diwali to the families in the Union Territory, said chief Minister N Rangasamy, according to https://www.ndtv.com.