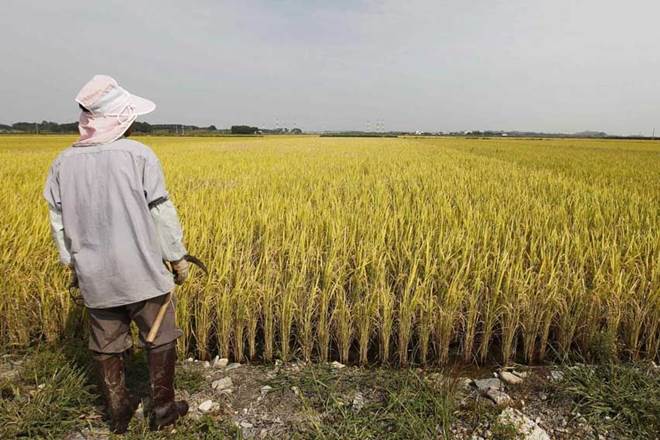 New Delhi: The All India Kisan Sangharsh Coordination Committee (AIKSCC), a coalition of over 180 farmer organisations across the country, has termed the announced hike in minimum support prices (MSP) a ‘historic betrayal’, and not a ‘historic increase’ as the Narendra Modi government has claimed. The group has announced a series of agitations over the next four months to express its dissatisfaction.

Calling the government’s claim the ‘MSP dhokha of the Modi government’, the AIKSCC plans to put forward two bills in the monsoon session of parliament beginning on July 18 – the Farmers Freedom From Indebtedness Bill and the Farmers Right to Guaranteed Remunerative Minimum Support Price For Agricultural Commodities Bill. Termed the Kisan Mukti Bills, they will be introduced in parliament as private member’s bills by Raju Shetti, Swabhimani Paksha MP from Maharashtra and K.K. Ragesh, Rajya Sabha MP from the Communist Party of India (Marxist), Kerala.

Explaining the ‘MSP dhokha’, AIKSCC working group member and Swaraj India founder Yogendra Yadav said, “Modi has termed the MSP announced ten days ago as a ‘historic price’. This, however, is completely false. The Modi government claims that it has increased MSPs to 1.5 times the cost of production. But it is important to see which cost he is talking about.”

The MSP for eligible crops is declared by the Commission for Agricultural Costs and Prices (CACP). The CACP has three different definitions of productions costs – A2 (actual paid out cost), A2+FL (actual paid out cost plus imputed value of family labour) and C2 (comprehensive cost including imputed rent and interest on owned land and capital). As is evident, C2 > A2+FL > A2.

“When Modi claims that he has raised MSPs to 1.5 times cost of production, he is referring to the A2+FL cost and not the C2 cost, which is the comprehensive cost of production referred to in the Swaminathan Commission report,” said Yadav. “So take the price of paddy. The A2+FL cost for paddy is Rs 1,166 per quintal. Its C2 cost is Rs 1,560 per quintal. The MSP per quintal announced for 2018-19 is Rs 1,750. However, according to the formula of the Swaminathan Commission, the MSP should ideally be C2+50%, which is Rs 2,340. So it is evident that the Modi government’s promise of increasing MSPs to 1.5 times cost of production is, in fact, a historic betrayal.”

To protest against the government’s ‘betrayal’ and raise public awareness, the AIKSCC has scheduled four agitations in the near future. On July 20, the AIKSCC has planned a black flag demonstration with a march from Mandi House to Parliament Street. The demonstration will also push for passing the Kisan Mukti bills, which have already received support from 21 political parties – including the Congress, Aam Aadmi Party, Samajwadi Party, Bahujan Samaj Party and Shiv Sena, among others – and are scheduled to be heard in parliament on July 20.

Between October 8 and October 10, the member organisations of the AIKSCC will organise ‘MSP adhikar andolans’ in mandis across the country to claim MSP on all crops as a right of the farmer.

“Farmers will stand outside vegetable markets between October 8 and 10, when the kharif crops are introduced in bazaars across the country, to ensure that if nothing else, at least the MSPs announced by the government are being met,” said AIKSCC convenor V.M. Singh. “The government is quick to announce schemes and MSPs, but how much of it is actually enforced is to be seen.”

And finally, on November 30, there will be grand ‘Kisan Mukti Kooch’ in Delhi, where farmers from all over the country will surround the city from all sides and demand that their voices be heard.

According to the AIKSCC, the procurement rate in crops for which MSPs have been announced is abysmal. Only 28-30% of total wheat was procured and 30-35% of paddy was procured, while for coarse grains and pulses, the procurement rate was less than 1%. “So it’s not only that MSPs need to be increased, but every crop for which MSPs have been announced need to be fully procured,” said Singh.

“And we’re not saying that the Congress was any better. All governments till now have been anti-farmer governments. And the BJP is no different,” added Singh.

The AIKSCC was formed in late June 2017 after the Mandsaur agitation, during which five farmers lost their lives in police firing. Present at the July 14 working group meeting were representatives from a large number of AIKSCC’s member organisations, including members from the Bharatiya Kisan Majdoor Vikas Sanghatan, All India Kisan Sabha, Akhil Bharatiya Krantikari Sabha, All India Agragami Sabha and Kisan Adhyaksha Morcha. The members unequivocally supported the AIKSCC’s condemnation of the Modi government and put forth their endorsement of the two proposed bills in parliament.