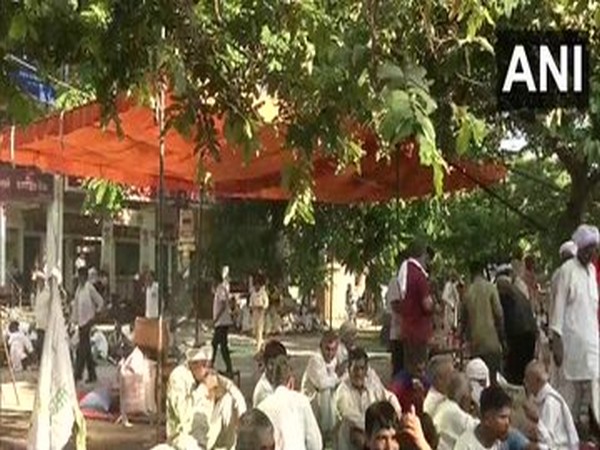 Karnal (Haryana) [India], September 8 (ANI): Farmers have continued to sit-in protest around the mini secretariat in Haryana’s Karnal district after talks with the district administration failed over their call for action against officials involved in lathi-charge on farmers on August 28.

“The administration has tried to give an explanation over former Karnal SDM Ayush Sinha. We will hold a meeting with farmers to make a decision on our further actions. We are doing a peaceful protest. We are not stopping anyone to work here. The officers themselves will not come to work and use farmers as an excuse. ” said BKU leader Rakesh Tikait.
Earlier Haryana Chief Minister Manohar Lal Khattar had expressed hope about reaching a solution through talks.

The Haryana government on Tuesday evening extended the temporary suspension of mobile internet and SMS service in Karnal district to curb the “spread of inflammatory material and rumours” during the protest.

Bharatiya Janata Party MP from Pilibhit, Varun Gandhi had come out in support of protesting farmers and said that the Centre should understand the pain of farmers.

Swaraj India chief Yogendra Yadav said they will continue their protest till the government accepts their demands.

A Kisan Mahapanchayat was held in Muzzafarnagar on Sunday against three farm laws by the Centre. It declared that they will campaign against the BJP in the upcoming assembly elections. The Mahapanchayat witnessed participation from various political parties.

Farmers have been protesting on the different borders of the national capital since November 26 last year against the three newly enacted farm laws.

Farmer leaders and the Centre have held several rounds of talks but the impasse remains. (ANI)
To receive ChiniMandi updates on WhatsApp, please click on the link below.
WhatsApp Group Link