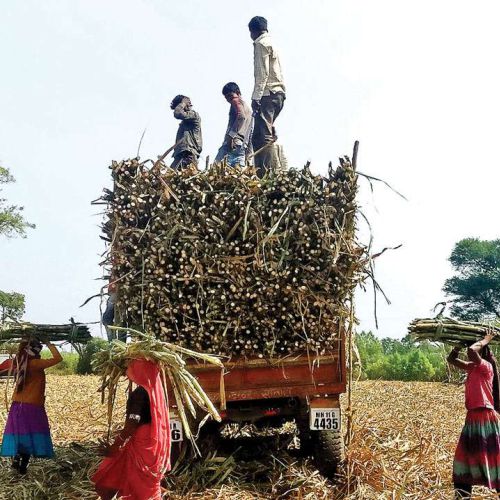 Lucknow, December 11, ANI: Demanding a raise in the minimum support price of sugarcane and the payment of dues, farmers took out a protest march in Lucknow and also burnt stubble to register their dissatisfaction over the existing prices.

The protest march was, however, stopped on the way to state assembly after administration held a talk with organisers and agreed to look into their demands. “Their protest was regarding an increase in the prices and two other demands for which they were marching towards the Vidhan Sabha. We held talks with them following which they relented and agreed to stop the march mid-way,” Additional District Magistrate (ADM) Vaibhav Mishra told reporters here.

The farmers also burnt stubble to register their protest and also raised slogans of ‘Jai Jawan, Jai Kisan’ and ‘Bharatiya Kisan Union Zindabad’ during the march.

The Bharatiya Kisan Union has also announced to carry out protests in different parts of the state to press for their demands.