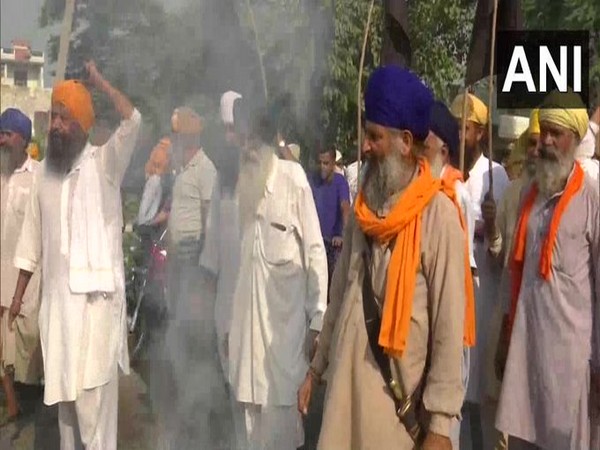 Amritsar (Punjab) [India], September 19 (ANI): Farmers held a protest demonstration against the Centre on Saturday over the recent bills in the agriculture sector.

As per the visuals of the protest the farmers burned an effigy. The demonstraion also led to a traffic jam.

Speaking to ANI, a leader of the farmers, Gurbachan Singh Chabba said, “We are protesting and have burned the effigy of the government. If these bills, which are against the farmers of Punjab, are passed in the Parliament then the farmers will be destroyed and the Mandi system as well.”

“These bills are anti-farmer and should not be passed in the Rajya Sabha. The bills are for enabling loot by big corporates and companies. We are protesting against this,” he further said.

Gurlal Singh, a farmer, said, “The decisions of the government have been against the people be it note ban, GST and now farm ordinances.”

The Lower House passed the Farmers’ Produce Trade and Commerce (Promotion and Facilitation) Bill 2020 and Farmers (Empowerment and Protection) Agreement of Price Assurance and Farm Services Bill, 2020. It has already passed the Essential Commodities (Amendment) Bill.

These bills will now be tabled in the Rajya Sabha. (ANI)