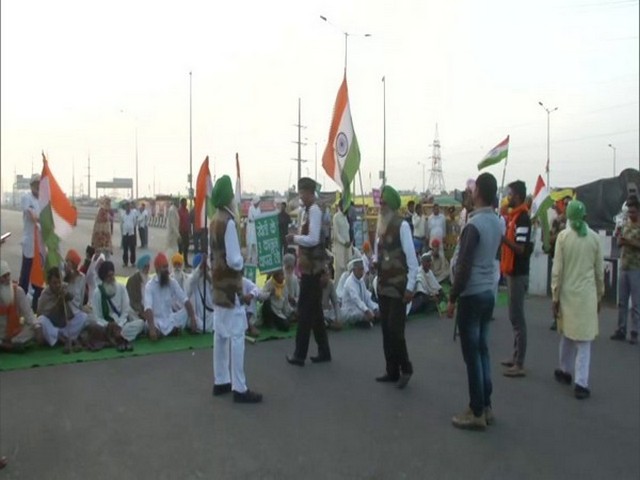 The bandh, called by the Samyukta Kisan Morcha (SKM), will be observed till 6 pm. All roads and trains will be blocked and all services are expected to remain suspended, except for ambulance and other essential services.
Meanwhile, Delhi Police said that Ghazipur border NH-24 (both carriageway) has been closed for traffic movemnt.

According to a statement issued by the SKM, the bandh has been called for the repeal of three agricultural laws, for law on Minimum Support Prices (MSP) and procurement, cancellation of all police cases against farmers, rollback of “electricity bill and pollution bill” and for reducing prices of diesel, petrol and gas.

The release also said that the bandh call has been given “against the anti-farmer government” on completion of four months of farmers’ struggle in Delhi.

The SKM has appealed to ‘protesting citizens’ to make the protest successful while being peaceful.

“Protesters are advised to not get involved in any kind of illegitimate debate and conflict. It is a result of the patience of the farmers that the movement has gone so long that we are constantly getting success,” the release said.

The Delhi Police, meanwhile, has made adequate arrangements for the bandh.

“We are fully prepared to ensure that normal life is not affected. All our motorcycle patrolling teams, PCR vans and QRT vans will be on the ground so that no untoward incidents take place. Barricades and pickets will be in place so that no person with ill intention cause disturbance and enter the city,” Chinmoy Biswal, Delhi Police Public Relations Officer said on Thursday.

Earlier this week, Bharatiya Kisan Union (BKU) president Rakesh Tikait had said that farmers agitating against the Central farm laws would not be divided and they may have to go to the national capital and breach barricades again.

“They (Centre) has tried to divide us along the lines of caste and religion but they were unsuccessful. You would need to go to Delhi when asked and have to breach barricades again,” Tikait had said while addressing a gathering in Jaipur.

Farmers have been protesting at the different border of Delhi since November last year against the three newly enacted farm laws — Farmers’ Produce Trade and Commerce (Promotion and Facilitation) Act, 2020; the Farmers Empowerment and Protection) Agreement on Price Assurance and Farm Services Act 2020 and the Essential Commodities (Amendment) Act, 2020. (ANI)