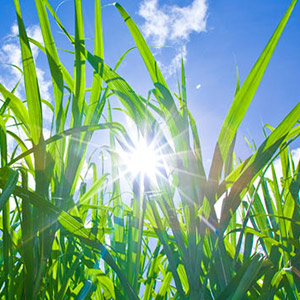 Better days are ahead for the farmers as rural incomes are forecast to rise faster given the increasing shift to safer crops like paddy and sugarcane in anticipation of further hike in minimum support prices (MSP) and other government doles.

Facing elections, the Centre had woken up to woo farmers with steep hike in MSPs twice since June and the new procurement policies are more visible in the electorally important states in the north and central regions, while other states are only seeing patchy efforts, says a report.

“Overall, we see the strength in rural incomes persisting for this crop cycle, given the shift to safer crops and with hope of continued government support,” says the eighth edition of the Rural Safari by JM Financial.

Moving away from riskier crops

‘Grow rice, get fat!’ is the mantra that the farmers seem to be following, says the report which observes that farmers have moved away from “riskier” crops like pulses and coarse cereals to “safer” crops such as paddy and sugarcane to capitalise on the better procurement available to them.

Even within paddy, there is an increasing shift towards non-Basmati varieties, says the report which attributes this to the higher MSP for normal rice.

“These “safe” crops, generally grown by larger farmers (those who own over 10 acres), have seen faster adjustments to the minimum support price, smaller and marginal farmers (or those who own under 5 acres), on the other hand, have seen a faster increase in input costs than in the prices for their main produce (fruits, vegetables, dairy) and thus will need more government support in coming days as wage increases are also only fleetingly higher,” says the report.

This will increase farm incomes as these crops carry higher prices, leaving more money in the hands of the farmers, says the seventh edition of the Rural Safari, but without quantifying the increase.

The survey covers 12 states or over 70 per cent of the key farming areas.

Near-term farm income to be higher on y-o-y basis as regions under paddy to benefit from the double digit MSP hike, await procurement pick-up for other crops.

It can be noted that paddy sowing is up 2.4 per cent y-o-y this year with more growth in the South and other paddy growing regions, despite 9.4 per cent lower rainfall.

There has been a shift to paddy and sugarcane from cotton, pulses and coarse cereals as the procurement mechanism is better for these “safe” crops and their prices adjust to the new MSPs more quickly.

As per the report, smaller and marginal farmers or those who own less than 5 acres, on the other hand, have seen faster increase in input costs than in the prices for their main produce (fruits, vegetables and dairy) and hence, would need more government support in the coming days as wage increases are also only fleetingly higher.

It can be noted that agri-inputs like seeds, fertilisers and pesticides form a significant portion of overall production cost. For vegetables this is as high as 40 -60 per cent of the total cost, while in the case of cereals it is 20-35 per cent.

“Therefore we believe that additional government intervention is on the cards such as partial waiver of power bills in Rajasthan. Already, the Centre’s rural spending is up 29 per cent so far this fiscal,” notes the report.

Another reason for higher income projection is the rising power consumption in large states like UP and Bihar, which along with improved financial inclusion continues to drive alternative sources of income.

The feedback around Mudra (MSME loans) indicate that the “over-dues” are beyond normal levels, but these are limited findings and need further checking.