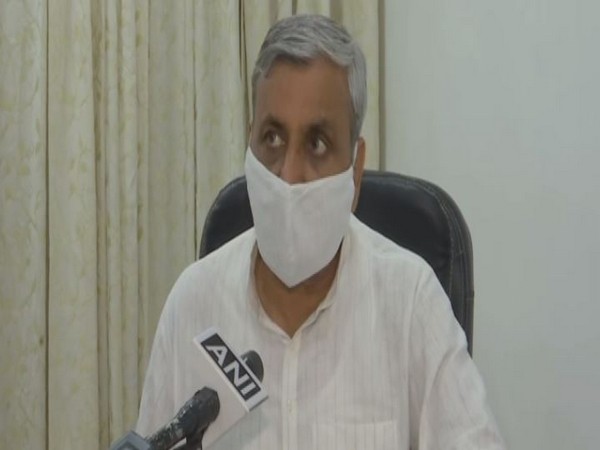 Reacting to Chief Minister Captain Amarinder Singh’s plea to farmers to shift out of Punjab, Dalal said that Congress is reaping what it sowed.
“The way they sent their people to agitate in Haryana, the same is being done to them in Punjab by some Congress-opposing parties,” he stated.

Citing Singh’s statement of lending support to farmers in their protests against the three farm laws introduced by the Centre, the minister said that the agitation was funded by parties like Congress for their own interests.

“I did not expect this from Captain Amarinder Singh who is a soldier himself. The statements made by him are not in the country’s interests,” he said.

Speaking about the schemes introduced by the Haryana government for the welfare of farmers, Dalal said that Haryana has the best farm policies in the whole country.

He further took a jibe at Congress leader Rahul Gandhi for his criticism of the lathi-charge on farmers in Karnal and said that when it happened in Moga in Punjab, none of the Congress leaders had anything to say.

The minister said that the agitation at Haryana-Delhi borders has been hampering the state’s economic activities. “Bahadurgarh’s shoe industry has been badly affected because of this and many industries have collapsed,” he stated.

“Many small scale farmers who sell milk and vegetables in Delhi have to cover a ten times longer distance now,” he added.

Dalal further appealed to the Punjab government to not send their people to Haryana and disturb the peace of the state. “I request them to not turn Haryana into a battlefield. We can take care of the farmers in Haryana. Please call your people back and do not hamper our economic progress,” he stated.

Singh on Monday appealed to the representatives of various farmers’ unions not to hold protests across the state against the farm laws passed by the Centre as it was impacting the economy of Punjab.

The Chief Minister, without mincing any words, categorically said that farmers should desist from holding protests in a state which ‘stood like a rock’ with them in favour of their legitimate issues against farm laws passed by the BJP led Central Government and ‘thrusted it upon them unilaterally’ even without taking them into confidence. (ANI)
व्हाट्सप्प पर चीनीमंडी के अपडेट्स प्राप्त करने के लिए, कृपया नीचे दिए गए लिंक पर क्लिक करें.
WhatsApp Group Link