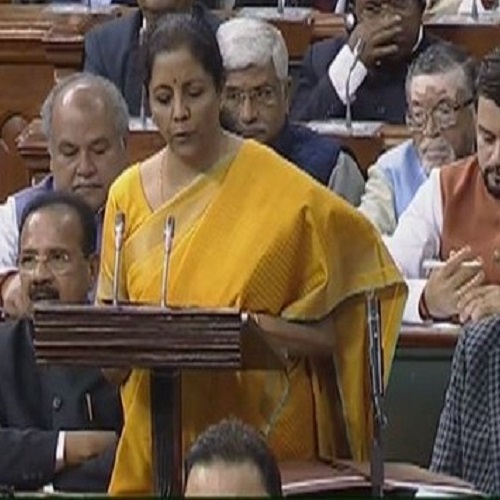 Her budget speech, keenly heard across the aisle of parliament, lasted for over 2 hours 40 minutes, breaking the 2019 record of 2 hours and 17 minutes. The Finance Minister had begun her speech at 11 am and it continued nearly till 1:40 PM, making it the longest in the history of independent India.

Last year also, Sitharaman had broken the previous records by delivering a speech that clocked 2 hours and 17 minutes. With that speech, she had beaten former Finance Minister Jaswant Singh’s speech by two minutes, which now remains the third-longest.

In the past, later finance minister Arun Jaitley was also known for delivering long budget speeches with his 2018 speech lasting for about 1 hour 49 minutes and 2017 speech for 1 hour 50 minutes. Jaitley’s 2015 budget speech had lasted for over two hours.

The length and timing of Sitharman’s budget speech this year has also invoked criticism from the opposition, with Rahul Gandhi terming it hollow.
“Maybe this was the longest Budget speech in history but it had nothing, it was hollow”, Gandhi said.