Sitharaman was invited for a post-Budget interactive session with representatives of industry, traders, economists, academicians and policy experts at Hyderabad in two different sessions. The Union Finance Minister directed Sashidhar Rao of CBIC and said, “I would want CBIC and the entire team to go to every district headquarters and explain and resolve fundamental questions on GST, clarification on GST and report back to me.”

Speaking about the technical issues in filing and process for GST she said that glitches will be solved by April.

“GST Council consists not only the central government but also the state ministers as well. Every time there is an increase or reduction in GST on any goods or services, the state chief ministers will have to be necessarily on board,” she said.

“And every time whatever may be the good intentions of the central government, there are states which say that we have never heard about it in our state. The state governments question that why are you imposing it on us. So, every time we are reducing the rates we also have an implication on inverted duties which will come because of it,” she added.

Later, speaking about Fiscal Responsibility and Budget Management (FRBM) Act, she said, “In a way, all these (measures) and more has been done so that we can comply with FRBM Act. So we have not really breached the FRBM Act.” 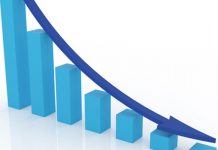