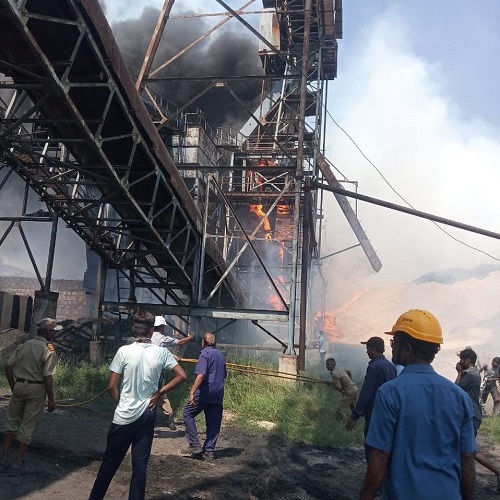 Vijayapura, Karnataka: A sudden fire broke out in the Nandi Cooperative sugar mill located at Babaleshwar taluka, Vijayapura district on Monday. However, no causality has been reported in the accident.

The initial investigation suggests that the fire broke out in the stack of dried sugarcane which later extended to other portions of the factory.

The fire tenders were deployed from Vijayapura, Mudhol and Jamkhandi that doused the fire and brought the situation under control. The incident has been registered with Babaleshwar Police station and police are further investigating the case.