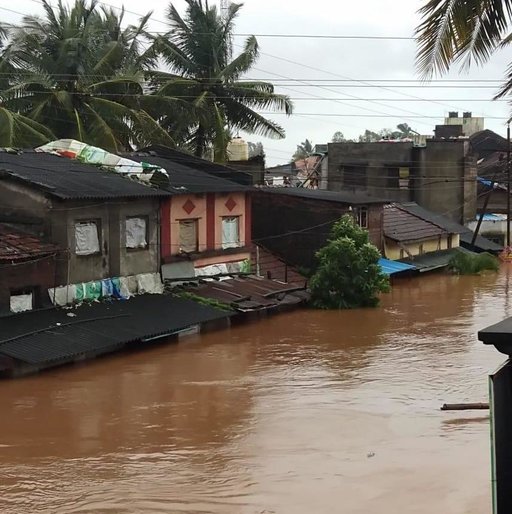 Kolhapur, August 9: This monsoon season many parts of India are affected due to heavy raining and flooding. Western Indian states like Maharashra, Gujarat, Goa and Karnataka are most affected and rescue operations are still underway.

Here are the live flood and rain updates:

11:10AM: More than 100 people rescued from landslide in Wayanad, Kerala.

09:30AM: Rains have stopped in Kolhapur for now but many areas still affected with water logging.

09:10AM: NDRF teams continue rescue operations in Kolhapur. As of now water levels are receding.

#MaharashtraFloods 12 rescue teams of #IndianNavy hv left last night for Sangli by road in state govt transport after the Airlift was aborted due to unfavorable weather condition in Kolhapur and Sangli. Police escorts were provided for a green corridor till Sangli @CMOMaharashtra