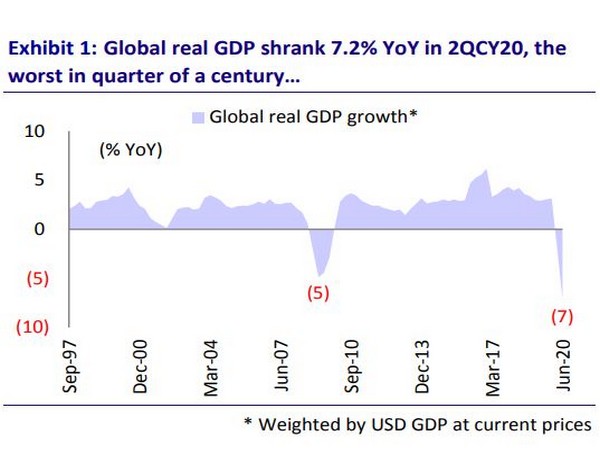 In an effort to provide a quarterly update on global GDP and its key components, Motilal Oswal collected data on 39 nations.

These include 19 euro areas (EA) countries, comprising 86 per cent of the world economy, 94 per cent of advanced economies (AEs) and 73 per cent of emerging and developing economies (E&DEs).

Real GDP in AEs contracted 11 per cent while it shrank 14 per cent in E&DEs, excluding China. Interestingly, China was the only nation in the sample of 39 nations, which posted growth in 2Q CY20.

The record decline in PFCE is not a surprise amid the economic lockdowns and social distancing practices due to COVID-19 globally. It has declined in all 39 nations, ranging from minus 2.9 per cent in China to minus 28 per cent in Singapore.