Facebook
Linkedin
Twitter
Home All News Government Gears Up To Give 2 Installments Under PM-KISAN Before Lok Sabha... 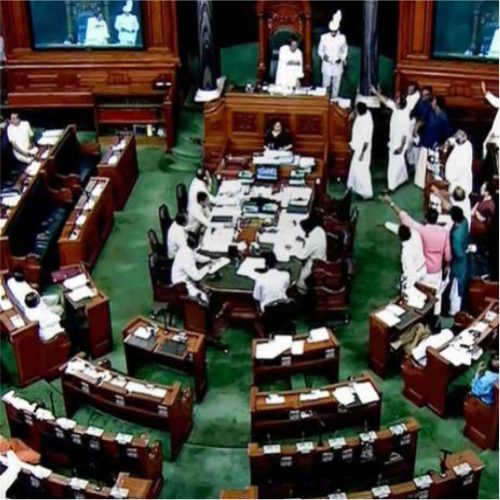 New Delhi, Feb 13 (PTI) The Centre is gearing up to give two instalments amounting to Rs 4,000 directly to eligible farmers under the newly announced PM-KISAN scheme before the Lok Sabha elections, a senior agriculture ministry official said Wednesday.

In the interim-budget, Finance Minister Piyush Goyal announced the direct income support scheme called Pradhan Mantri Kisan Samman Nidhi (PM-KISAN) under which Rs 6,000 per year will be given in three installments directly into the bank account of 12 crore eligible small and marginal farmers owning land up to 2 hectare.

Goyal had also said that the scheme will be launched from this fiscal onwards and the first installment of Rs 2,000 will be given by March.

“The states are in the process of the identifying the eligible farmers. The initial list of beneficiaries should be ready soon,” the official told PTI.

Many states such as Karnataka, Andhra Pradesh, Gujarat and Maharasthra have digitalised land records. Telangana, Odisha and Jharkand too have got the data as these states too have announced similar schemes, the official said.

Since the scheme is being rolled out this fiscal, its implementation will not be affected when model code of conduct kicks in anytime next month, the official added.

The Lok Sabha elections are due in April-May.

As per the guidelines of PM-KISAN, all institutional land holders, those holding constitutional posts, all serving or retired officers, employees of central and state government as well as Public sector Undertakings (PSUs), retired pensioners whose monthly pension is more than Rs 10,000, income tax payers and professionals like doctors and engineers are excluded from the scheme.

The government has set February 1, 2019 as the cut off date for determining eligibility of beneficiaries under the scheme and no changes thereafter will be considered to avail the benefit under the scheme for next five years.

The ownership of land which has been transferred between December 1, 2018 and January 31, 2019 will be eligible for benefits under the scheme. However the first installment will be given proportionate from the date of transfer.