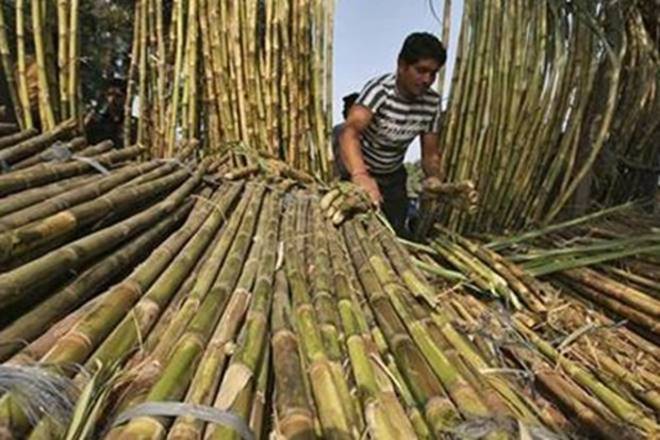 The government is considering a proposal to raise the fair and remunerative price (FRP) of cane to Rs275 per quintal for the marketing year starting October, against Rs255 this year. However, in a potential relief to mills already struggling with exorbitant cane costs, the proposal by the Commission for Agricultural Costs and Prices (CACP) involves a tightening of the criterion for farmers to get premium for supplying quality cane. Assuming that the pan-India recovery rate remains the same (10.8%) as this year, the cane FRP will effectively rise just 2.4% per quintal to `297 in 2018-19 — lower than over 14% hike in the effective FRP a year before.

The cabinet committee on economic affairs may soon take up this proposal.

However, since cane prices have already been hiked by the Centre to such high levels in recent years that the FRP is still higher than 1.5 times of the so-called A2+FL cost that the government wishes to ensure for farmers producing all key crops.

Importantly, for the first time since the FRP regime was adopted in 2009-10, the CACP is learnt to have suggested that the FRP be linked to a basic recovery of 10%, against 9.5% until now. Cane with a 10% recovery basically means a quintal of such cane will fetch 10 kg of sugar.

Sources told FE that the proposal also suggests that low-quality cane with a recovery below 10% be sold at a discount to sugar mills, in sync with the premium high-quality supplies attract. At present, farmers get at least the headline FRP even if the recovery from their cane is below 9.5%.

Similarly, low-quality cane is proposed to be sold to mills at a discount— Rs 2.75 per quintal for every 0.1 percentage point drop in recovery below 10%.

Although the Centre fixes the FRP, a state is free to determine the minimum price at which sugar mills within its territory must purchase cane. But this price — known as the state advised price (SAP) — has to be higher than the FRP.

After his meeting with cane farmers, Prime Minister Narendra Modi last week announced that the FRP will be declared within two weeks.

Hefty hikes in cane prices by the Centre in recent years and a steep fall in sugar prices this marketing year through September have constrained the mills’ ability to pay even the FRP to farmers, let alone the SAP that is even higher. Consequently, cane arrears have exceeded a staggering Rs 22,000 crore.

Sugar mills have already threatened to stop operations in the next marketing year starting October, ahead of the crucial 2019 general elections, expressing inability to cope with huge losses on cane payment. According to the Indian Sugar Mills Association (ISMA), sugar prices crashed by 25-30% up to early June due to record production in 2017-18 (before the minimum sale price was introduced by the government). This had inflated FRP-based cane costs to as much as 90-100% of mills’ sugar sales revenue. Cane costs linked to the SAP fixed by Uttar Pradesh is even higher.

The Rangarajan panel had in 2012 suggested that farmers be paid 75% of mills’ realisations from sugar for cane supplies, or 70% of sales proceeds from sugar and other cane byproducts like bagasse, molasses and pressmud. What also compounds their worries is the possibility of a record harvest next marketing year starting October, thanks to good showers and higher cane planting. This could potentially worsen a glut in the market.