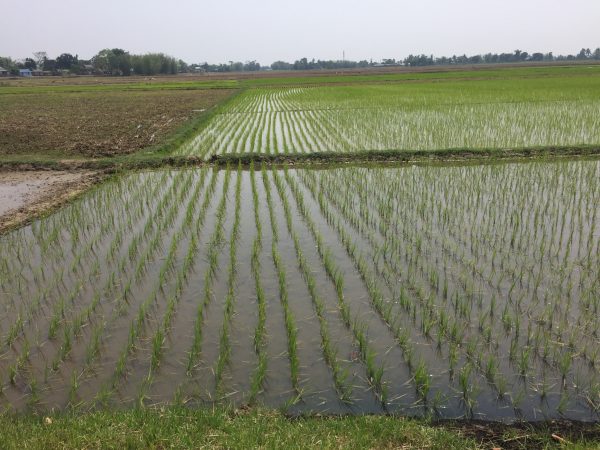 The Government appears all set for the highest ever single-year raise in the minimum support price (MSP) of paddy from this Kharif season to honour its Budget announcement to ensure MSP is kept at least at one and half times of the production cost.

A highly placed government source told The Indian Express that the government is considering raising the paddy MSP to the tune of about Rs 200 per quintal. The MSP for common grade of paddy was Rs 1,550 per quintal the previous year. The previous best paddy MSP hike stood at Rs 155 a quintal (including the bonus of Rs 50) a decade ago in the 2008-09 election year of UPA-I.

Like in the UPA-I, this massive hike in MSP for paddy comes in the election year of the Narendra Modi government. This hike assumes significance given that it covers the crop which constitutes over 50 per cent of the total acreage of food grain crops during Kharif season.

During an interaction with sugarcane farmers last week, Prime Minister Narendra Modi had promised to “approve” the implementation of 150 per cent of input cost as MSP for kharif crops during the “forthcoming meeting” of the Cabinet this week.

“I am pleased to announce that as per pre-determined principle, Government has decided to keep MSP for the all unannounced crops of kharif at least at one and half times of their production cost. I am confident that this historic decision will prove an important step towards doubling the income of our farmers,” Finance Minister Arun Jaitley had announced presenting the Budget in Parliament early this year.

While the move is expected to cheer the large farming community, such massive hike in the MSP may have an inflationary pressure.

Officials, however, played down these fears suggesting that the inflationary pressure depends more upon the changing consumption patterns and its demand supply-mismatch. “There need not be inflationary pressure associated depending upon the marketable surplus of the commodity, but it is definitely likely to have pressure on the government Budget,” said the source.

Many kharif corps don’t have a well-oiled procurement mechanism like paddy. So the fiscal implications of the MSP hike to meet 150 per cent of input cost of other kharif crops cannot be determined immediately. For example, NAFED procures pulses from the market and later sells it when required. It undertakes this operation with help of credit limits and seeks government help in case of losing money while liquidating its stock. The government source suggested that the MSP hike for pulses may entail an additional cost of Rs 5000-10000 crore depending upon the scale of its intervention.

The massive hike in MSP is one of the two (the other being Rs 5-lakh health protection cover for over 10 crore families) major schemes announced by the Modi government as it enters the last lap of its term.