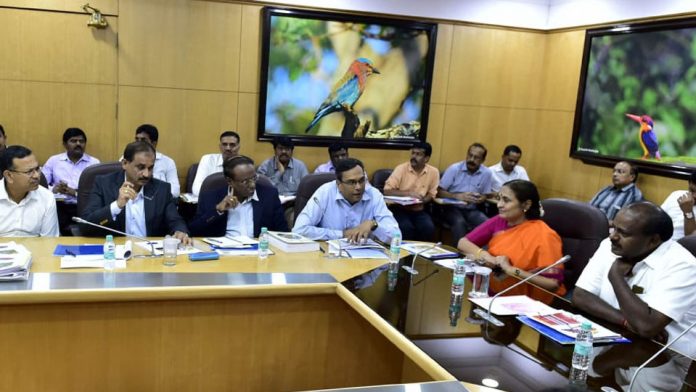 Bengaluru: Stating that a pilot project adopting Israeli Agriculture Technology will be launched at the 900 acre Visveswaraya Canal (VC) farm in Mandya on a pilot basis, Chief Minister H.D. Kumaraswamy has said that the State Government will also invite experts from Israel to hold workshops and training to our farmers.

He was speaking at a review meeting of Agriculture, Sericulture and Horticulture Departments here yesterday.

Pointing out that the State has received five percent excess rainfall than the regular pre-monsoon rains and the monsoon has arrived three days early in the State, the CM directed the officials to ensure that farmers don’t face any hiccups in their activities and to also work to the expectation of the farmers.

Kumaraswamy suggested that superior technologies and practices followed by farmers in Israel are adaptable in Karnataka and can benefit the farmers immensely.