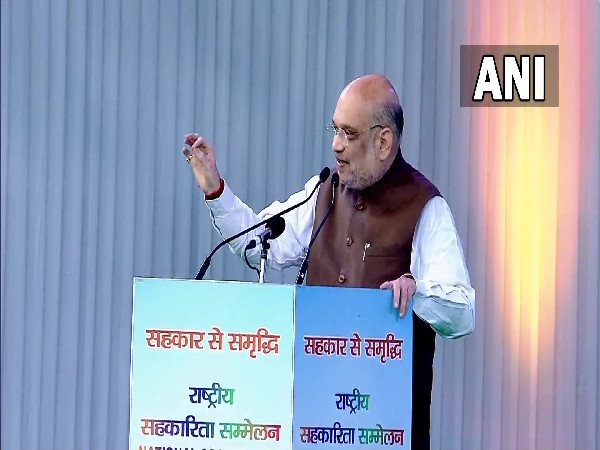 New Delhi [India], September 25 (ANI): Union Minister and Cooperation Minister Amit Shah on Saturday said that the government will soon announce a new Cooperative policy that will boost the rural society of India and the Centre will work closely with the states to strengthen the cooperative movement.

Addressing the first National Cooperation Conference here, Shah said that about 91 per cent of villages in the country having small or big cooperative institutions.
Shah also announced the number of primary agriculture cooperatives (PACs) will be increased to 3 lakh in the next five years.

The objective of Prime Minister Modi behind setting up cooperation ministry is to make development accessible to the rural areas, to the most deprived of the rural areas, said Shah. The government had announced the formation of the Ministry of Cooperation in the Union Budget in 2021.

“The government will start a new Cooperative policy while celebrating Azadi Ka Amrit Mahotsav which will also boost the rural society of India…Today, about 91 per cent of villages in the country are having small or big cooperative institutions work” said Shah, who is also the union home minister.

“Cooperation (Ministry) can make a very important contribution to the country’s development. We will have to think afresh, outline afresh, expand the scope of work, and bring transparency, added Shah.

Shah said cooperatives can contribute a lot in the development of the country and will play a crucial part in making India a USD 5 trillion economy.

Highlighting the contribution of cooperative societies like Amul and Lijjat Papad in the development of the country, Shah said that they have crossed Rs 53,000 crore and Rs 16,00 crore in the year 202-2021 respectively and highlighted that the huge role of women behind the success of the cooperatives.