Home All News Govt Announces 7 Day Mourning As A Mark Of Respect To Former... 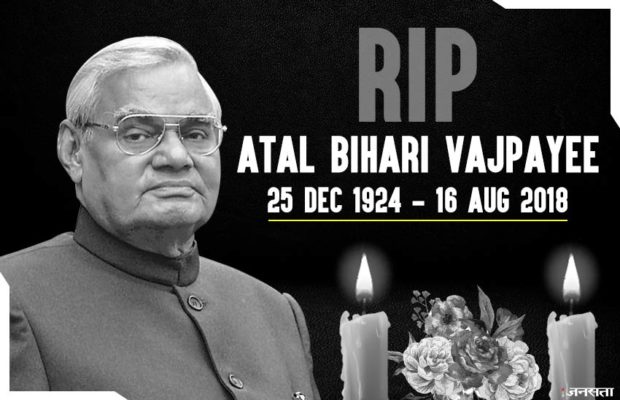 NEW DELHI: A seven-day state mourning has been announced by the central government as a mark of respect to former prime minister Atal Bihari Vajpayee who died after prolonged illness at AIIMS in the national capital. During this period, the national flag will be flown at half-mast throughout India. The former prime minister will be accorded a state funeral today.
Mr Vajpayee, the BJP’s tallest leader, was admitted to hospital on June 11 with a urinary tract infection and chest congestion. A statement by AIIMS said his condition had been deteriorating over the last 36 hours and he was put on life support systems. “Despite the best of efforts, we have lost him today,” it said.

The home ministry announcement, which formally notified state governments about Atal Bihari Vajpayee’s death, did not declare a public holiday. The union cabinet later made an exception to the precedent, under which a holiday is only announced on the death of a sitting prime minister or president.

Many states including Punjab, Uttarakhand, Bihar, Madhya Pradesh, Delhi, Tamil Nadu, Puducherry, Meghalaya, Jharkhand, Himachal Pradesh, Haryana, and Odisha have, however, announced a public holiday today as a mark of respect to the former prime minister who was considered one of the country’s most respected politicians.

In a departure from the standard protocol, the union cabinet also decided to close government offices in the national capital today afternoon. An official said it had been decided to give half-day holiday in the afternoon, the day of the funeral.