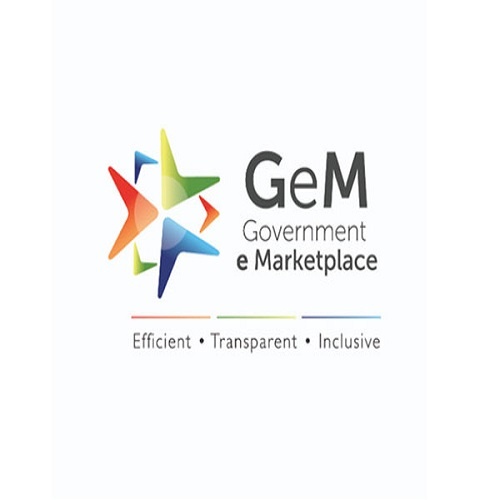 New Delhi [India], July 23 (ANI): The Union Government on Friday said that there was a need to keep a strict vigil on Government e-Marketplace (GeM) procurement data and identify any deviant behaviours using Advanced Analytics and Artificial Intelligence (AI) and Machine Learning (AI ML) based tools so that immediate and strict action could be taken against any such deviant behaviours.

On the directions of Prime Minister Narendra Modi, a review meeting of GeM was held under the chairmanship of Commerce and Industry Minister Piyush Goyal on Friday. Buyers from over 50 Central Government Ministries and 50 CPSEs were invited for getting firsthand feedback of the Buyers.

“The minister said that there was a need to keep a strict vigil on GeM procurement data and identify any deviant behaviours using Advanced Analytics and AI ML based tools so that immediate and strict action could be taken against any such deviant behaviours,” Ministry of Commerce and Industry said in a press release.

The Minister emphasized on the need to change in the perception that public procurement is a source of corruption. He said that GeM has brought about a sea change in the way public procurement is perceived by public at large. He expressed the hope that GeM will continue its engagement with all stakeholders and going forward will also focus on ease of doing procurement. He desired that GeM should be benchmarked against best in the class rather than being benchmarked against other Government systems.

Goyal also expressed the hope that the kind of data being generated in GeM will certainly help the government in improving transparency and efficiency in public procurement. The Minister said that aggregation of demand because of procurement happening through a single portal will help in reducing the cost of procurement also for Government Buyers. With collective wisdom and collective efforts of all stakeholders, GeM can well become the largest marketplace for public procurement in the world, he added.

During the review meeting, buyers were briefed about the new features and functionalities deployed on GeM in the last one year and also about planned developments in near future.

Queries of the Buyers were discussed and resolved or taken note of for further improvement on the portal. A large number of buyers appreciated the efforts being taken by GeM to make the procurement process simpler and transparent.

GeM has made significant strides since its inception. GeM has about 61,440 Government Buyer Organizations and about 47.99 Lakh Sellers & Service Providers with a rich listing of over 41.44 lakh Product Offerings and 1.9 lakh Service offerings. All states (except Sikkim) have already signed MoUs with GeM. As many as 239 CPSUs are also registered on GeM and making significant procurement through GeM Portal.

GeM has taken a host of steps to onboard products of Self-Help Groups (SHGs), tribal communities, craftsmen, weavers, and MSMEs with a view to making the platform more inclusive. 57 per cent of the total business on GeM has come through the MSE units and over 6% has been contributed by women entrepreneurs. GeM is also integrating with Panchayati Raj Institutions to allow online buying and selling by the Panchayats at the grassroot level. GeM is also in an advanced stage of integration with IndiaPost for extending logistics services at the grassroot level. GeM SAHAY is another initiative of GeM to facilitate small sellers to avail credit financing from various integrated lenders against the Orders received on GeM.

Government e-Marketplace (GeM) is an online platform for public procurement in India which was envisaged by the Prime Minister. The vision for GeM expounded by the Hon’ble Prime Minister was to drive the three pillars of inclusivity, efficiency with attendant cost savings and transparency along with more and more usability. The initiative was launched on August 9, 2016 by the Ministry of Commerce and Industry, with the objective to create an open and transparent procurement platform for government buyers. The portal has transformed public procurement in India by driving its three pillars viz. inclusivity, transparency, and efficiency. (ANI)