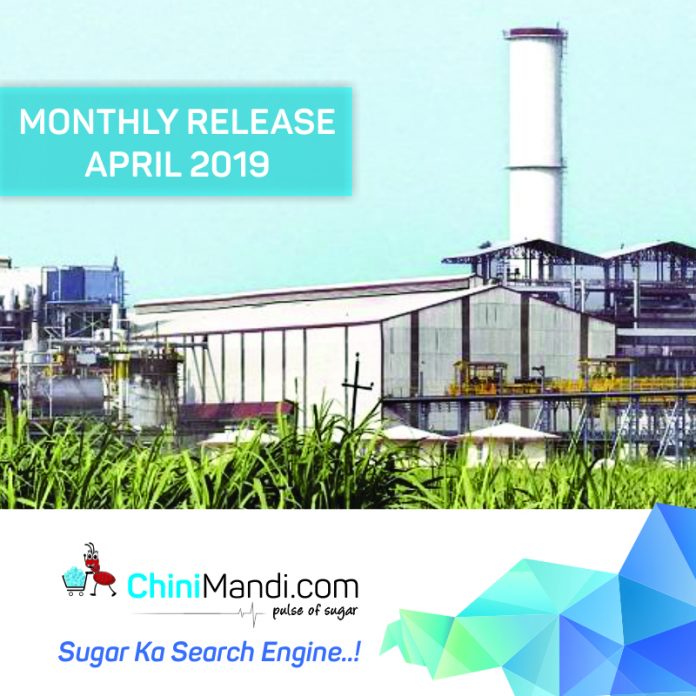 ChiniMandi Delhi, 26th March 2019: In a notification issued on 25th day of March 2019, the food ministry has allocated sugar quota for sale to each of 532 mills in the country.

The group sugar producing companies having more than one sugar producing units may maintain the stock as defined in Para (1) of this Order, either unit wise or for the group as a whole.

The April, 2019 stock holding limit has been prorated on the basis of giving equal weightage, i.e. 50% of each to total sugar production of sugar during the sugar season 2017-18 and the month end notional stock for the month of March 2019.

Show cause was issued to the sugar mills for violation of stock holding order for the month of September 2018. Except 6 sugar mills, replies to SCNs have been received which are under examination. The excess quantity sold by the said 6 sugar mills have been deducted from the proposed allocation in the month of April 2019.

In the previous month the Govt. allocated monthly sugar sale quota to 546 mills in the country to sell 24.5 lakh MT. With a very high quota announced for the month of March 2019, the Government has allowed sugar mills to carry forward their unsold sugar stocks for the month of March 2019 to April 2019. This has come in the industry as a ray of hope for sugar millers to channelize their sugar stocks and reduce the piling cane arrears.