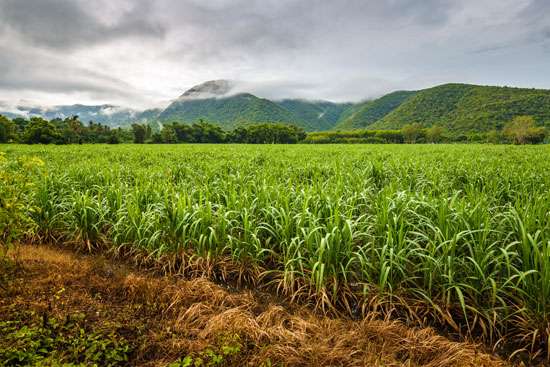 The government today decided to increase the minimum price sugar mills pay to cane growers by Rs 20 per quintal to Rs 275 per quintal for the next marketing year starting October, sources said.
The decision to increase the Fair and Remunerative Price (FRP) of sugarcane for the 2018-19 marketing year was taken by the Cabinet Committee on Economic Affairs (CCEA), they added.
The government had recently announced a sharp increase in the minimum support price (MSP) of kharif (summer-sown) crops, including paddy.
The Commission for Agricultural Costs and Prices (CACP) had recommended Rs 20 per quintal hike in the FRP of sugarcane at Rs 275 per quintal for the next season.
The FRP, which is the minimum price that sugar mills have to pay to sugarcane farmers, is Rs 255 per quintal for the 2017-18 season.
The CACP is a statutory body that advises the government on the pricing policy for major farm produce. Usually, the government accepts the CACP recommendations.
At present, the FRP price is linked to a basic recovery rate of 9.5 per cent, subject to a premium of Rs 2.68 per quintal for every 0.1 per cent point increase in recovery rate.
The increase is also likely to result in states like Uttar Pradesh, which do not follow the centrally-announced FRP, raising their own advisory prices.
Major sugarcane producing states such as Uttar Pradesh, Punjab and Haryana fix their own sugarcane price called ‘state advisory prices’ (SAPs), which are usually higher than the Centre’s FRP.
India’s sugar production is estimated to rise by 10 per cent to touch a new record of 35.5 million tonnes in the next marketing year, starting October as cane output could rise on normal rains, according to the industry body ISMA.
Sugar production in India, the world’s second largest producer after Brazil, is estimated to reach a record 32.25 million tonnes in the current 2017-18 marketing year (October-September).