Home All News Govt. Isn’t Willing To Increase MSP As Demanded As It Seeks To... 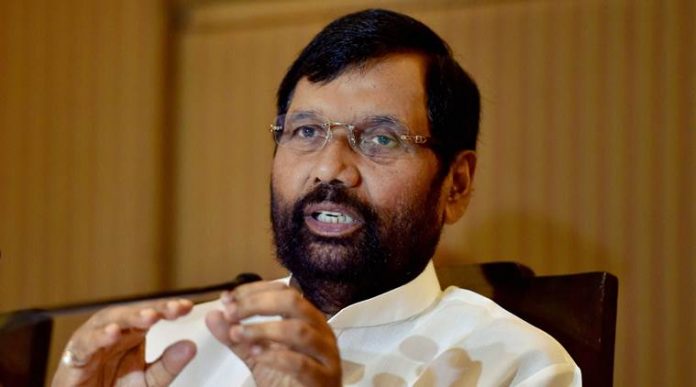 Union food minister Ram Vilas Paswan said on Thursday that the government is not inclined to increase the minimum selling price (MSP) of sugar as demanded by the industry, as it seeks to protect the interest of consumers.The minister said, “The government is very prompt in action for the betterment of cane farmers and sugar industry. In order to protect the interest of cane farmers and the sugar industry, the government has approved Rs 55 billion package for the sugar industry, which includes transport subsidy in addition to core sugar industry and allied services. There is no room for further increase in sugar MSP which even farmers know very well.In order to halt the continuous fall in sugar prices, the Centre in June this year fixed its MSP of Rs 29 a kg which according to the government, is sufficient to cover the cost of production and mills’ profit.”

“With incentives in place, sugar mills have been able to bring down their cane arrears to Rs 129 billion from Rs 200 billion earlier. Mills will be able to bring down cane arrears further with the recently announced package and other favourable measures adopted by the government including buffer stock and export subsidy,” the minister said.

Meanwhile, the government raised export subsidy to Rs 13.88 a kg for this year from Rs 5.50 a kg last year. It also allowed 5 million tonnes of sugar exports for the year 2018-19, beginning October 2018, from 2 million tonnes allowed for the previous year under the Duty Free Import Authorisation (DFIA) scheme. Under this scheme, exporters are allowed to import sugar at zero duty within three years.

Of the 2 million tonnes, sugar mills have only been able to export around 500,000 tonnes so far this year, even as the season comes to an end.