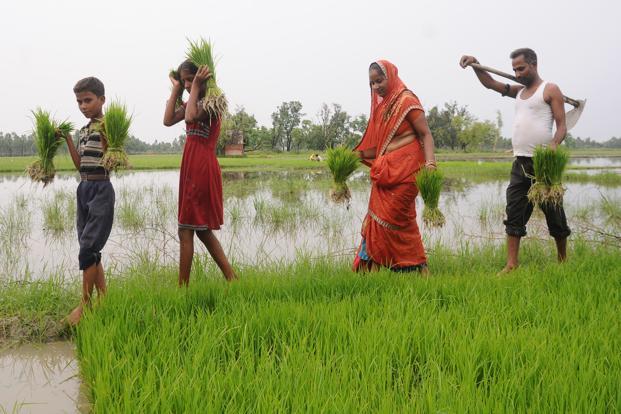 1% uniform raise proposed; Centre, States to share revenue
Goods and Services Tax (GST) rates could rise by 1% to finance a Farmer Welfare Fund, according to a proposal under consideration of a Group of Ministers (GoM) set up by the GST Council.

The hike is seen as an alternative to a sugar cess that had been proposed by the government to alleviate distress among sugar cane farmers.

The ministerial group, tasked with considering the sugar cess and a reduction in the GST rates on ethanol, held its second meeting in Mumbai on Sunday.

The proposal to hike GST rates entails sharing of the additional revenue between the Centre and States to finance a farmer welfare fund to benefit all farmers not just sugar cane farmers. However, a decision was deferred as the GoM is awaiting a legal opinion from the Attorney General on the original proposal to levy a sugar cess.

On Sunday, the five-member GoM, led by Assam Finance Minister Himanta Biswa Sarma, also explored a reduction in the GST on ethanol to 5% from the existing 18% levy and increasing the government subsidy for export of sugar.

Kerala Finance Minister Thomas Isaac told The Hindu that the possibility of a uniform 1% hike in GST across all slabs was discussed.

“Out of it, 0.5% can be kept with the Centre and rest with the State. That money can be used to fulfil the needs of all farmers, not only sugar cane, by respective States in the form of welfare fund and even the Centre can chip in when necessary. But imposing a cess would mean betraying the very principle of GST,” Mr. Issac said. At present, the GST rate slabs are pegged at 5%, 12%, 18% and 28%, while certain goods are zero-rated.

The fund would be to extend financial aid to farmers in case of situation that has arisen for sugarcane farmers and the States will have control over their share for disbursal .

Kerala had already expressed dissent to the move to impose a sugar cess at the GST Council’s meeting on May 4. Apart from Mr. Sarma and Mr. Isaac, the GoM includes Ministers from Uttar Pradesh, Maharashtra and Tamil Nadu.

Maharashtra Finance Minister Sudhir Mungantiwar said the GoM has decided to submit its report to the Council within a month, and is awaiting the Attorney General’s opinion on whether cess on GST can be imposed for welfare purposes, since it can only be imposed for compensation purposes.

The Council will take a final call on the GoM’s report.