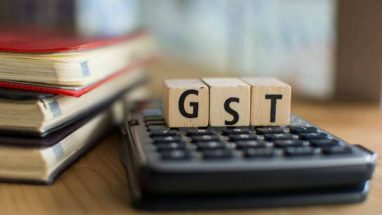 he government is planning to revamp the advance ruling mechanism under GST by setting up either a centralised authority or 4 regional authorities, in the wake of the contradictory orders passed by AARs in different states.

Under the Goods and Services Tax (GST) law, each state is required to set up Authority for Advance Rulings (AAR) comprising one member from the central tax department, and the other from the respective state.

In view of the confusion being created by contradictory rulings given by different authorities on the same or similar issues, the Finance Ministry is weighing the option of setting up either a centralised AAR or regional AARs, an official said.

As tax officers are members of the authorities, there can be a conflict of interest as they often try to protect the interest of revenue while giving their rulings, the official said.

“In order to protect the interest of revenue, they often read too much into the law. Sometimes the order passed goes beyond the intention of the law, thus increasing chances of future litigations,” the official added.

The AARs in different states have so far passed about 60 orders under the GST law, while most states are yet to set up the GST appellate authority to entertain appeal against AAR verdict.

Recently, the New Delhi bench of the AAR had held that duty-free shops at airports are liable to deduct GST from passengers. However, these shops were exempt from service tax, and Central Sales Tax in the earlier regime.

The revenue department is planning to come up with a clarification exempting ‘duty-free’ shops from GST.
Law firm Titus & Co Managing Partner Diljeet Titus said for the time being government should link the different AARs electronically so that the members are aware of the issues and the decisions of different authorities and refrain from taking contradictory views.
“This would help in preventing authority shopping and ensuring effective working of the AARs,” he said.

AMRG & Associates Partner Rajat Mohan said, the decision making in income tax AARs is entrusted to an independent adjudicatory body headed by a retired judge of the Supreme Court.
“On the contrary, under GST, the scope of AAR has been widened and every taxable person is permitted to file an application for advance ruling for meagre fees of Rs 10,000. The functions of AAR are entrusted to tax officers, who have toppled the objective of forming an AAR which ought to be fair, reasonable and unbiased,” Mohan said.

Lakshmikumaran & Sridharan Partner Badri Narayanan said, in 90 per cent of the cases before the AAR, the authority has given ruling in favour of the revenue and in absence of appellate authority the litigants are left in the lurch.
“It would be better if AARs are taken out of the Finance Ministry and are manned by officials of the Law Ministry, who could take decisions based on the law point and not with a view to protect the interest of revenue,” Narayanan said.

Recently the solar industry too was left in a vexed situation when the Maharashtra AAR said that 18 per cent GST rate would be levied for installation works, but the Karnataka-bench of AAR passed an order levying 5 per cent GST on the same.