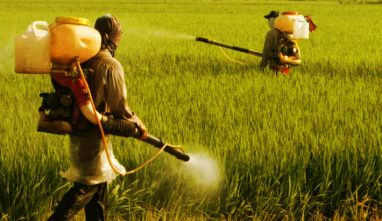 New Delhi, Jan 7 (PTI) The government on Monday relaxed norms for exports of fertilisers, including urea, potassic and phosphatic.
“Export policy of fertilisers have been revised and items under ‘restricted’ category moved to ‘free’ category,” the directorate general of foreign trade (DGFT) said in a notification.
These exports, however, are subject to prior permission/no objection certificate to be obtained by the manufacturers/exporters from the Department of Fertiliser, it said.
India is a net importer of these fertilsers – phosphatic and potassic and urea. Urea is the only fertiliser under statutory price control and its import for direct agriculture use is permitted through state trading enterprises (STEs) namely MMTC, STC under the foreign trade policy of the government.
According to the data, the country imported 42.03 lakh tonne of urea for USD 1,048.59 million till November of this fiscal.
During 2017-18 fiscal, imports stood at 59.75 lakh tonne at a value of USD 1,295.72 million. Urea imports were 54.81 lakh tonne worth USD 1,047.28 million in 2016-17 and 84.73 lakh tonne worth USD 2,087.61 million in 2015-16.
In case of phosphatic and potassic (P&K) fertilisers, the country imported 52.2 lakh tonne of diammonium phosphate (DAP), 4.04 lakh tonnes of nitrogen-phosphorus-potassium (NPK) and 27.53 lakh tonne of muriate of potash (MOP) till November of this fiscal.
In entire 2017-18 financial year, India imported 42.17 lakh tonne of DAP, 4.99 lakh tonnes of NPK and 47.36 lakh tonne of MOP.
The government is reviving sick urea units to become self-sufficient. The DGFT also laid out procedure to obtain no objection certificate or permission for export of fertilisers.
It said that the application for exports should be accompanied with documents including detailed specification of fertiliser to be exported, details of raw materials used for production, and source of raw material used for production.