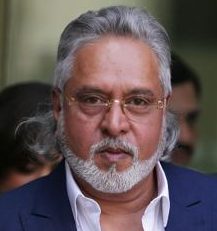 New Delhi, Dec 10 (PTI) Hailing the UK court order on Vijay Mallya’s extradition, Finance Minister Arun Jaitley Monday said the offender who benefited during the UPA rule is being brought to the book by the NDA government.
A UK court has ordered Mallya’s extradition, in a major boost to India’s efforts to bring back the fugitive wanted for loan default worth Rs 9,000 crore.
Delivering the verdict, Westminster Magistrates’ Court Chief Magistrate Judge Emma Arbuthnot said that there was “no sign of a false case being mounted against him”.
“Great Day for India. No one who cheats India will go scot free. The Judgement of UK’s Court is welcome. An offender benefited during the UPA. The NDA brings him to book,” Jaitley said in a tweet.
Mallya, who fled to the UK in March 2016, is wanted in India over default of Rs 9,000 crore that was loaned to Kingfisher Airlines (KFA) by several banks.