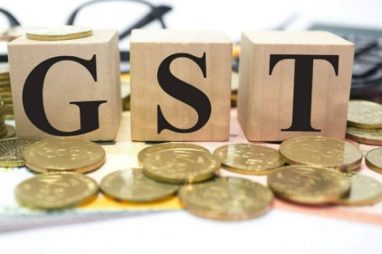 A concessional rate of the goods and services tax (GST) could be levied for retail (B2C) transactions if consumers opt to pay digitally, subject to approval of the proposal by the GST Council. The GST Council in its 27th meeting on May 4 is expected to discuss a proposal wherein a 2 per cent concession, subject to a ceiling of Rs 100 per transaction, may be offered to consumers in B2C transactions if they pay through digital modes, government officials said.

The move to provide concessional rate for digital payments under GST in B2C transactions is estimated to cost the exchequer around Rs 10,000-25,000 crore, depending on the share of such transactions in total digital transactions in a year, one of the officials said.

The Council is also expected to discuss proposals for change in ownership of GST Network (GSTN) to convert it into a government company, returns simplification, levy of cess on sugar and reduction in GST rate on ethanol from 18 per cent to 12 per cent, officials said.

On returns simplification, the ministerial committee headed by Bihar’s Deputy Chief Minister Sushil Kumar Modi will present a fusion model, which is an amalgamation of the two models proposed earlier. The tax bureaucracy had raised some concerns about de-linking of tax payment from provisional input tax credit, following which the fusion model was proposed, according to which all taxpayers except composition dealers, will be required to file one monthly return and a three-stage transition period has been proposed, after which input tax credit will be provided only on the seller uploaded invoices.

As per the new proposed returns filing model, supplier shall be allowed to upload invoices continuously anytime during the month and the purchaser shall also be able to view it simultaneously. There shall be no system-based matching of input tax credit, implying that credit flow will be based on acceptance of the invoice by the purchaser that has been uploaded by the seller. The misuse of input tax credit due to default in tax payment by the seller shall be controlled by recovery of tax from the seller or reversal of credit from buyer.

The GST Council will also discuss the proposal for acquisition of 51 per cent of the equity of GSTN by the government that is currently held by non-government institutions. The government is also looking at changing the composition of the Board of GSTN by inducting four directors each from the Centre and the states and three other independent directors along with the Chairman and the CEO, officials said.

A flexible hiring and remuneration policy will be discussed for GSTN. Though it’s being viewed that the continuation of current staff at market-driven salaries is not feasible but the existing regular employees may be allowed to continue for five years on the same terms and conditions on which they were appointed.

Apart from these proposals, the Council will discuss levy of cess on sugar at a rate not exceeding Rs 3 per kg over and above 5 per cent GST and reduce the tax rate on ethanol to 12 per cent from 18 per cent. The revenue loss on account of reduction in GST rate on ethanol is estimated to be Rs 350 crore a year.