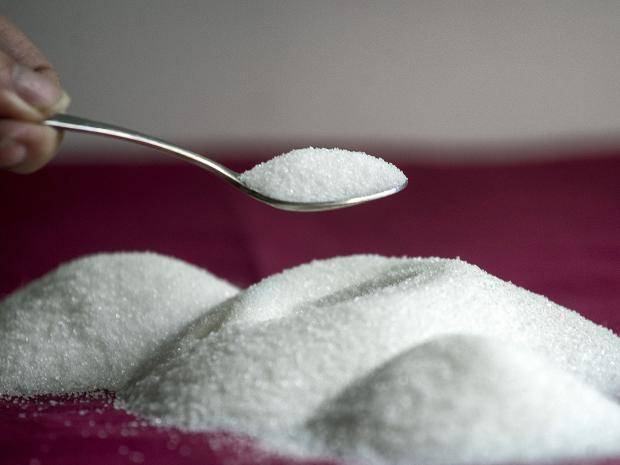 New Delhi, May 4 (PTI) The GST Council today decided to refer to a five-member committee of state finance ministers the proposal of levying cess on sugar as the Centre seeks to raise additional resources for providing production subsidy worth Rs 1,540 crore to cane farmers.

The proposals of cess comes in the wake of huge losses suffered by mills as ex-factory prices have fallen to Rs 26-28 per kg as against the production cost of Rs 35 per kg plus.

Once the decision is taken by the GST Council, the government would come out with an ordinance to impose cess on sugar, Finance Secretary Hasmukh Adhia told reporters after the 27th meeting of all-powerful Council held through video-conferencing.

Earlier this week, the Union Cabinet had approved a subsidy of Rs 5.5 per quintal of cane to address the distress situation. The subsidy would be directly transferred to cane farmers.

Briefing about the meeting, Jaitley said the state finance ministers committee would be announced over the next two days.

“Considering that the cost of sugar has risen beyond Rs 35 per kg and the market price is between Rs 26 and 28 per kg, the sugarcane farmers are in deep distress and therefore can we impose some kind of cess?.

These view points, he said were extensively discussed and debated in the Council.

“It was agreed that a group of five ministers within the next two weeks because of the urgency of this matter would make a recommendation to the council as to what are the avenues of raising revenue to meet contingencies of this kind where the cost of commodity is much higher than its selling price…” he said.

“If GST Council approves levy of cess on sugar, it will be through the ordinance route,” Adhia said.

The Secretary further said a sugar development ordinance may come up following approval from the GST Council which will be later ratified by Parliament.

Industry officials said the cess, if approved by the Council, will be levied at the mill-gate when a wholesaler or bulk buyers like beverage and confectionary makers purchase the sweetner.

Maharashtra, Karnataka and Uttar Pradesh are major sugar growing states in the country. There are about 5 crore cane growers in the country and over 400 sugar mills.