The sugar industry is in the middle of a severe crisis. The surplus production of sugarcane has led to a downward spiral in the price of sugar. Mill owners are in need of financial assistance, causing them to default on dues to farmers.

The tax proposal being mooted by the GST Council (Council) in light of the present situation is the imposition of a sugar cess within the GST regime. The Council recently appointed a group of ministers to weigh in on the proposal. The clearance from the law ministry has been given while the attorney general’s office is yet to vet the proposal. In the meantime, the Centre released a relief package of `70 billion for the sugar industry.

In recent years, we have encountered the term ‘cess’ often, starting from the Swachh Bharat Cess to the most recent GST Compensation Cess. A cess is an earmarked levy, meaning that the proceeds are to be applied for a pre-determined end purpose. Proceeds from such cesses are to be identified separately within the Consolidated Fund of India. The proceeds must be appropriated and utilised only for the earmarked purpose. Cesses imposed by the Centre for ‘specific purposes’ are not shared with the state governments on account of Article 270.

A cess may bear the characteristics of a tax or a fee. Taxes are compulsory payments to be made by the public at large for helping the government garner revenues for fulfilling its obligations as a welfare state. Fees, on the other hand, are payments collected by the government to render specific services to the payer. As a consequence, a person paying a tax has no right to a quid pro quo upon contribution, while a person paying a fee does.

Media reports suggest that the sugar cess rate would work out to `3 per kg. Also, the cess would be applied over and above the applicable GST rate of 5%. By design, the sugar cess appears to be a cess with the characteristics of a tax (cess tax). The earmarked purpose is to compensate the farmers who are the beneficiaries, but the bearers of the burden will be the public.

The legality and propriety of this imposition needs to be tested against various parameters. The first point relates to the vision of the GST which is,’one nation one tax’. All cess taxes and surcharges relating to the supply of goods and services are to be subsumed within the GST to achieve the said goal. In preparation for GST, a number of commodity / industry specific cesses such as sugar cess, tea cess, and jute cess were repealed. Even the power to impose trade barriers such as entry taxes were withdrawn with the advent of the GST. To re-introduce sugar cess is not just going against the grain of the GST law, but could lay a wrong precedence for other sectors to introduce such levies.

States certainly have a vested interest in securing the interests of the local industry,which could lead to divisive and polarised voting in the Council, which has hitherto been avoided. This can be seen from the opposition of some States (Kerala, West Bengal and Andhra Pradesh, to name a few) and the support of others (such as Uttar Pradesh, Maharashtra, and Bihar, which are among the largest producers of sugar).

The second aspect is a nuanced legal argument. Cess taxes are referred to in Article 270 but this is with respect to the proceeds outside the divisible pool. By itself, Article 270 does not empower the Centre to impose cess taxes. The competence has to be drawn from other provisions of the Constitution.

Within the GST regime, the power must necessarily flow from Article 297A, that talks of the powers of the Council. The Council is empowered to decide the bands of GST rates which it has done. Within the fold of GST, a Compensation Cess is also levied. The Compensation Cess, in fact, was part of the grand bargain that got state governments to give their nod to the Constitution Amendment paving the way for the introduction of the GST.

The powers of the Council to impose any special rate(s), in addition to the GST, are circumscribed in Article 297A(4)(f): only to the event of a natural calamity or disaster. It seems difficult to justify the present situation within the limited and narrow grounds contemplated. While the Council has power to advise on ‘any other matter’ within its own discretion, the residuary power cannot include the already contemplated power to levy additional rates.

Ordinarily, the Parliament also has the power to impose surcharges. A surcharge, unlike a cess, is a tax on tax, forming part of the Consolidated Fund of India. The proceeds are exclusively at the disposal of the Centre and can be used for any public purpose. However, the Council cannot recommend the imposition of a surcharge over and above the GST rates on account of the amended Article 271 which prohibits the same. Looking at the larger picture, the rationale for curtailing the powers of the Council must have been to preserve the goal of a harmonised tax structure and prevent distortion through ad hoc increases and multiple levies.

Despite the legal hurdles, the issue at hand is a real one needing attention. Hence, the government should adopt robust means to avoid facing a constitutional challenge. Few alternative options for the Centre to contemplate are: Sugar cess was collected between 1982 and 2017 and a separate fund called the sugar development fund was created for managing the funds. The accounts of the fund, as available in the public domain, reveal that, as of June 30, 2017, `3,000 crore are lying unutilised in the Consolidated Fund of India. Similarly, one must evaluate whether any proceeds from the Krishi Kalyan Cess are also available for application.

After exhausting the aforementioned funds, if the Centre still needs funds, it may consider shifting ethanol to a lower rate structure from 18% within the GST as a long-term measure to mitigate pricing issues. Last, but not the least, other tax revenues can also be used for alleviating the plight of the farmers.

The advantage of cess as a policy measure, when implemented in its true spirit, would ensure in ring-fencing the proceeds for the pledged purpose. However, in the past, cess taxes have not been backed by accountability and transparency. The Centre should thus be cautious while invoking and implementing cess taxes. The Council’s course of action in this moment of crisis will be setting a precedent.

By- Mukesh Butani and Ashrita Kotha, Butani is partner at BMR Legal and Kotha is an assistant professor, Jindal Global Law School.

Indian firm to set up sugar mill in Tanzania 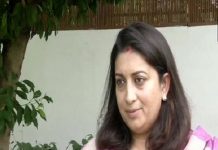