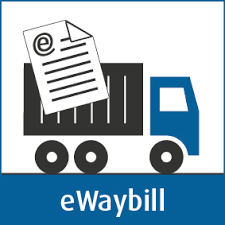 Following the rollout of e-way bill for transfer of goods, Indian traders have found a new a unique way to evade GST. The traders are now using horse-carts or manual carts to transport goods across states, as the e-way bill is applicable only for motorised vehicles. Under the latest rules, an e-way bill is not required if goods are transported by a non-motorised carriage such as horse-carts. Notably, while the e-way bill is optional only for goods less than Rs 50,000 in value, traders use non-motorised conveyance to transport goods beyond the exemption limit.

“What can one say,” Nilesh Shah quipped on Twitter, after attaching an image of traders transporting goods using a horse-cart. “No E-way Bill is required for movement of goods in non-motorised conveyance and also for certain class of goods like fruits, vegetables, fish and water,” GSTN, the company handling the technology backbone for GST said in a recent statement.

E-way bill is an online generated document required by the person in charge of the transportation for the movement of goods. Under the Goods and Services Tax (GST), e-Way Bill has replaced a number of road permits, statutory forms, transit pass requirements and delivery challans, which can be generated online through its official website or mobile App.

In case of Punjab, many dealers were reportedly transporting construction materials and furniture (sofa sets) on horse-carts in Ludhiana, after the introduction of the intra-state e-way bill system from June 1. Even before the current regime came into effect, traders in Punjab were engaging in bogus billing.

The e-way bill requires online pre-registration of goods before transportation under the new GST regime. Under the e-way mechanism, all goods worth over Rs 50,000 will have to be pre-registered online before they are moved for sale beyond 10 km. The e-way bill mechanism has been introduced in the GST regime to plug tax evasion loopholes. However, with Indian traders finding unique ways to defeat the system, the government’s job is only going to get more difficult.