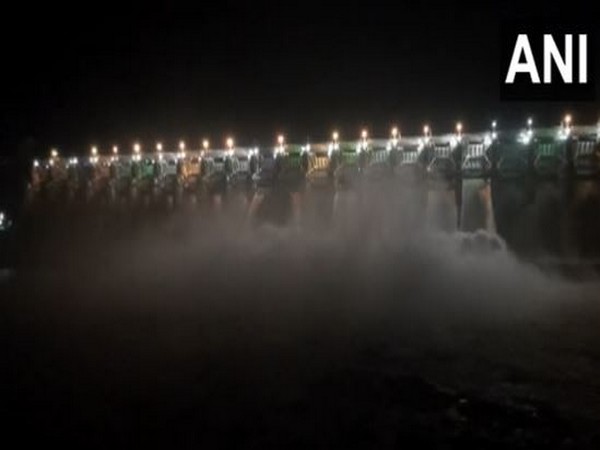 Tapi (Gujarat) [India], July 19 (ANI): At least 60,000 cusecs of water have been released from the Ukai dam which has been built across the Tapi river in Gujarat’s Tapi district as the region witnessed heavy rainfall in the past few days.

The state Chief Minister Bhupender Patel took stock of the prevailing situation in the state. He instructed all the district collectors and administrations to work hard as the water has now reduced significantly and also told them to do a survey of the destruction caused due to the natural calamity in the state.

Patel told them to provide necessary financial assistance to the people who suffered losses.

Another district Valsad has also been reeling under the floods after torrential rainfall hit several parts of the district, during the past few days.

As an aftermath of the heavy rain in the city, the water of the Auranga river started overflowing on Sunday (July 10), which led to the flooded low-lying areas in the Valsad district.

The NDRF teams and local administration had relocated around 300 people to safer locations on Sunday ( (July 10).

Parts of south Gujarat and Kutch-Saurashtra received very heavy showers in the last 24 hours (on July 13) leaving 14 people dead, while over 31,000 were evacuated so far this rainy season, officials confirmed on Wednesday.