Home All News Hard For China To Have Trade Deal With US: Donald Trump 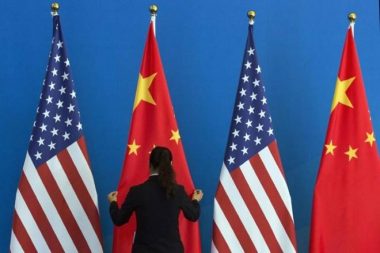 President Donald Trump on Wednesday said it is hard for China to have a trade deal with America claiming the US has rebuilt the country but at the cost of a massive trade deficit.

“So, it’s hard for them to do a deal, because they’ve had it so good for so long; it’s a very hard thing for them to do,” said the US president when asked why he told the Chinese that they are not ready for a trade deal yet.

“You said the Chinese want to make a deal, but you told them they’re (not ready yet),” he was asked. “I told them they’re not ready yet. No, because they’ve had — they’ve made too much..” he said as he went to explain that Chinese have benefited a lot from the current trade relationship with the US and that is why they do not want any change.