Chandigarh, May 29 (UNI) Haryana government is committed to the interests of the traders and in this series, Group Insurance Scheme and Accidental Insurance Scheme will soon be implemented for them.

Giving this information after presiding over fourth meeting the Haryana Traders Welfare Board here on Wednesday, Board Chairman Shiv Kumar Jain said that discussion was held on the group insurance scheme for small traders in today’s meeting and it was informed that a detailed plan has been prepared by the Excise and Taxation department, which is in the final phase and will soon be implemented in the entire state.

Apart from this, he said, the draft of accidental insurance scheme for traders has also been prepared by the Excise and Taxation department and it will be implemented soon.

Jain said that various issues were discussed in the meeting including setting up of Traders Welfare Fund for the welfare of the state’s traders, constituting advisory committees at the district level of the Haryana Traders Welfare Board, installation of CCTV cameras in markets and mandis for the safety of traders, verification of C-Forms at government level, implementation of ‘Samman Yojana’ at the state level and district level for highest taxpayers and issuance of completion certificates of shops, which were built years ago before the government allocated plots in the authorized mandis.

He said that safe environment for doing business has been made available in the state in the last about five years. He said that the state government has been making all-out efforts to provide support to the traders. 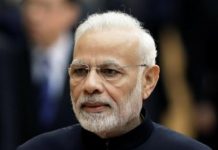