Home All News Heavy rainfall throws life out of gear in Vadodara; 6 dead 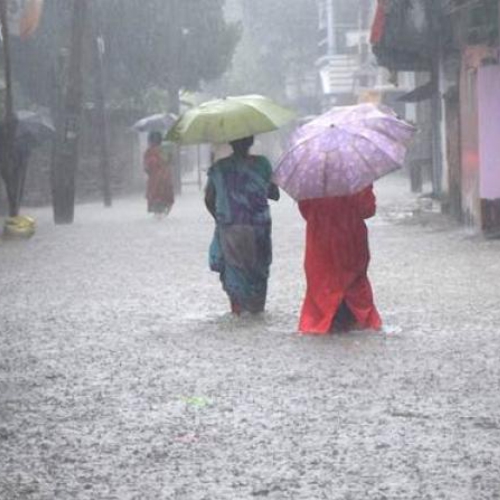 Vadodara: Heavy rain in Vadodara paralysed the city. According to the latest report, 6 people died due to rain-related accidents.

As the water level in Ajwa river rising, two platoons of an army are on stand by to commence rescue and relief operations if required.

Within just 12 hours on Wednesday, the city received 442 mm of rainfall. As heavy water-logging has been reported, schools, airport are shut, and several trains got cancelled.

Water has also entered into houses in several localities, following which government has asked local administration to shift people from a low-lying area if needed.

Surat, Panchmahal, and Ahmedabad have also been affected due to heavy rain.

As per the latest forecast by the weather office, several parts of Gujarat will receive “heavy to very heavy rains” during the next two days.